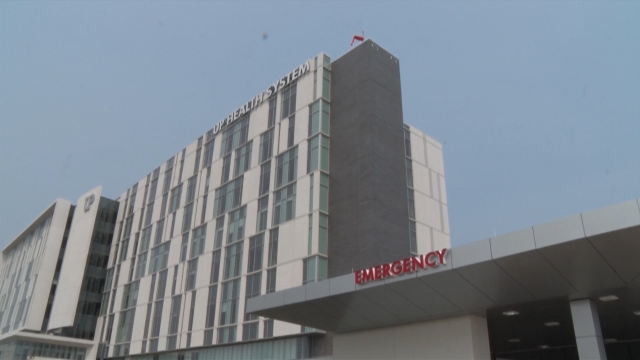 MARQUETTE — Three charges have been brought against UPHS–Marquette, alleging that the hospital violated federal labor laws.

The charges, brought forth by the MI Nurses Association, state that UPHS–Marquette failed to provide an inventory of personal protection equipment (or PPE) for their nurses, despite numerous requests.

According to one union representative, the hospital shows a lack of transparency, which is vital for the safety of its employees.

“Transparency is important so that we can plan and we know what’s going to be going on, so that we can understand the level of risk that we put ourselves forward in,” said Gregory Kerwin, a registered nurse who is also with the MI Nurses Association. “We’re going to be putting ourselves in risks, we’re nurses, we’re going to do that. But we have the right to know what that risk is.”

Instead of providing a specific number of personal protection equipment available, UPHS provided the number of days they have left of PPE, which the union says is essentially meaningless, since the hospital didn’t indicate how much PPE was being used each day.

The nurses association also asserts that UPHS failed to reveal the amount of federal grant money they received, thus prompting a third charge.

The charges will go through the Labor Relations Board for review, although the union is open to dropping the charges if the hospital complies.