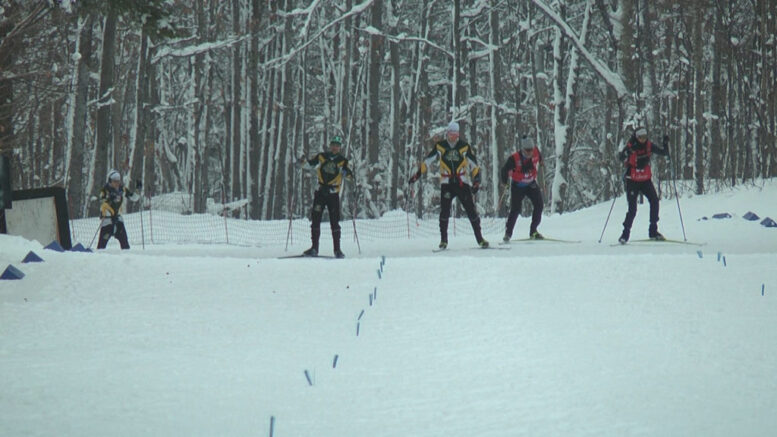 HOUGHTON — The best skiers in the country are on the campus of Michigan Tech University for the start of the 2020 U. S. Cross Country Ski Championships. The event will run through Tuesday. Potential members of the next U.S. Olympic Ski Team are among those competing.

For the fifth time Michigan Tech is hosting the championships. It’s the first time since 2016 that the huskies have competed in the event on their home turf. They’re also playing host to skiers from all over the world including 17 year old Jordan Miner from Colorado whose been racing since she was seven. She says, “It’s a very hard sport. It’s a whole body workout so you’re using legs, core, arms, basically every muscle in your body that you can.”

She trains for six days a week year round for this event. She started late compared to other skiers. I met one young man who started at age two.Thursday afternoon Nicholas Matellich is focused on qualifying saying,“It was about a 1.5 kilometer loop. So we’ll do it once in the qualification then if you move on you’ll do it again and therefore on if you would keep moving on. “

Skiers participate in the freestyle sprint on this day. The freestyle individual event will be held on Friday. Following a day of training the action will resume on Sunday with the classic.