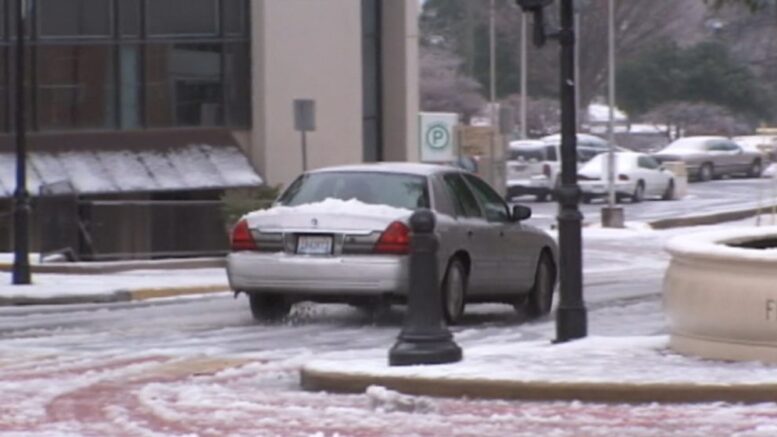 LANSING — On Tuesday, the State Senate passed a bill that will require the Michigan Department of Transportation to test a new method of melting ice off of roads in the winter. The new method involves a de-icing solution that contains a mixture of salt and beet juice.

Frankenmuth, areas of Minnesota, and several other locations in the country have already been testing a mixture of salt and beet juice as an alternative method of clearing icy roads. The idea behind this combination is that beet juice is non–corrosive, meaning this solution will cause less damage to roads than the current solution.

State Senator Roger Victory sponsored this bill. He says that this proposed test will improve overall quality of Michigan roads and preserve infrastructure across the state.

“The problem you have with road salts, especially in urban areas, is that the high frequency of application starts to affect the ground water,” said Senator Victory. “The beet component offers a lower freezing point, and it doesn’t have any corrosive issues to it. So when we’re talking about preserving our infrastructure and about quality of roads, the less salt and more non–corrosive icing solution is a better treatment for these assets.”

Senator Victory says this pilot program will also be beneficial for agriculture in the state as well. Michigan is one of the largest producers of sugar beets in the country. This new road de–icer will increase revenue for beet farmers.

The bill will now go through the House. If it passes there, the Michigan Department of Transportation will begin testing this salt and beet de–icing solution.

Accidents close I-75 in Mackinac Co.

Stuck bus shuts down westbound side of US-41 in Marquette Twp.