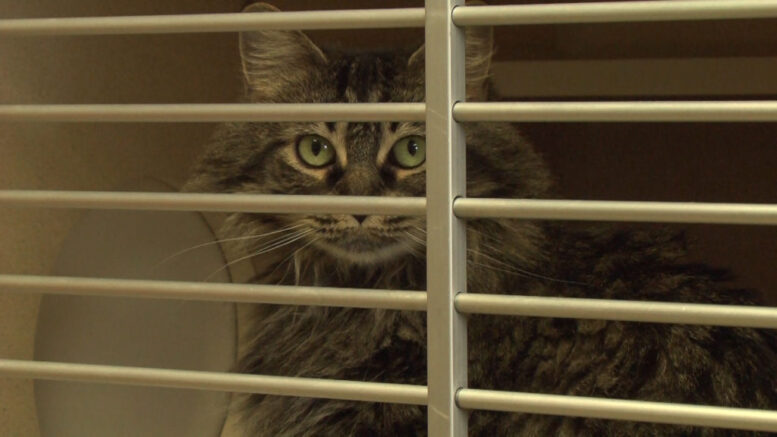 ESCANABA — An animal shelter in Escanaba recently seized a large number of cats from a local residence. They are now working to care for those cats and to prepare them for adoption.

On September 12th, the Delta Animal Shelter assisted Escanaba law enforcement in removing 34 cats from a mobile home in the area. The animal shelter says things had gotten out of control for the resident living there, and that they had been working to assist her in moving things out of her home.

However, it was discovered a few days ago that the resident had hidden 15 more cats from law enforcement. Delta Animal Shelter then seized the cats and moved them to the shelter.

“It was brought to our attention over the past couple days that she was dishonest with law enforcement and had fifteen cats hidden,” said Susan Garland, Director of the Delta Animal Shelter. “Then she brought them back to her residence. So those fifteen cats were removed and brought to the shelter.”

Some of the cats taken in by the shelter have already been adopted, but with the addition of these new cats, the Delta Animal Shelter now has 160 cats in its care. Gartland says that the situation, specifically the large number of cats taken in, has been overwhelming.

She is grateful though for the support of the local community. Through the public’s financial support and communication, Delta Animal Shelter has been better able to care for these cats.

“We continue to need the community to be the eyes and ears for these animals,” said Gartland. “This situation was really out of control, and if we did not receive the tips from individuals, we would not have known that she got herself back into this situation. And for the safety of the animals, we need the public to be aware and communicate if they see anything that’s unusual or needs to be reported.”

The cats from the recent seizure are now being vaccinated and medically treated to prepare them for adoption. Delta Animal Shelter hopes to have them available for adoption as soon as possible so they can each find a new home.