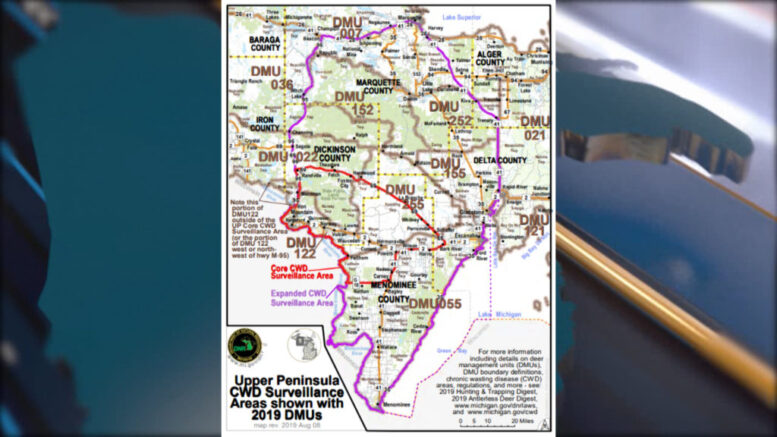 MARQUETTE — Hunting in one region in the Upper Peninsula will be different for the foreseeable future, thanks to key rule change that was adopted in July.

The Michigan Natural Resources Commission has prohibited the use of baiting and deer feeding in parts of Dickinson, Delta and Menominee counties, in order to combat Chronic Wasting Disease.

“We’re trying to reduce the potential of spreading this disease,” said Terry Minzey, Upper Peninsula Regional Wildlife Supervisor. “What happens with bait is it brings deer in, and they congregate closely. They defecate and they urinate in the same places they eat. If they’re given food and the food falls out of their mouths, it’s in their saliva. So we’re trying to reduce the opportunity for those bodily fluid exchanges that would spread this disease.”

The area that prohibits the use of baiting and feeding covers about 660 miles in the southwest UP.

However, hunters with disabilities are exempt during the Independence hunt, which takes place between October 17th and 20th.

Although there is no timetable for when the ban will end, the DNR will make a new recommendation at the conclusion of their deer testing cycle in the coming year.