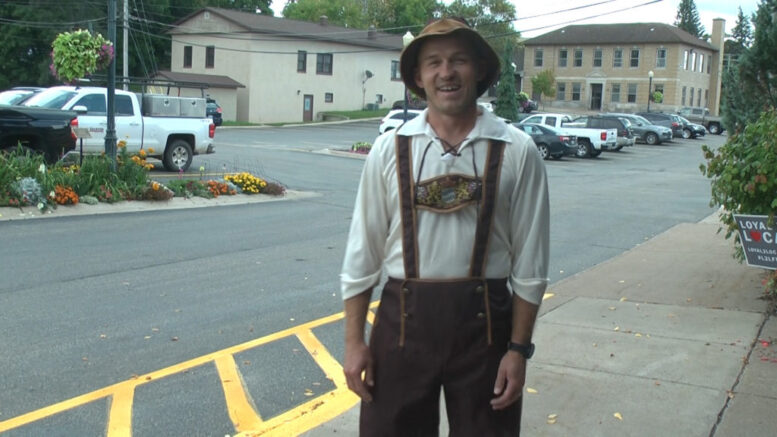 A man from Iron Mountain is attempting to break a Guinness World Record on Saturday, and it’s a record you may not have heard of before.

Dan Pipp is going for the record of Fastest Half Marathon in Lederhosen. He is preparing to run in the Run Iron Mountain Half Marathon.

Oktoberfest is also this weekend. Pipp and his wife Amber thought those two things would be a great combination. The couple then discovered the possibility of trying to break a world record.

“Oktoberfest is on Saturday after the run, so we thought it would be funny to run in lederhosen,” said Pipp. “And then I happened to stumble upon an article about someone trying to break the Guinness World Record for Fastest Half Marathon in Lederhosen. I didn’t even know that was a thing, but when I saw it, I decided I might as well try it.”

A Guinness World Record is no easy feat, but Pipp believes he has what it takes to win the title. He’s no stranger to running, but now he has to do it for the first time in lederhosen.

“I’ve run this race quite a few times, and I’ve run a lot of races over the years,” said Pipp. “So running is not new to me, but running in lederhosen is new. I’m hoping I can do it. We’ll see what the weather is like on Saturday and how I’m feeling, but I’m hopeful I can do it.”

The current world record for Fastest Half Marathon in Lederhosen is held Timothy Charles O’Brien of Australia. His record was 1 hour, 36 minutes and 39 seconds. That’s the time Pipp will have to beat on Saturday in order to claim the title.