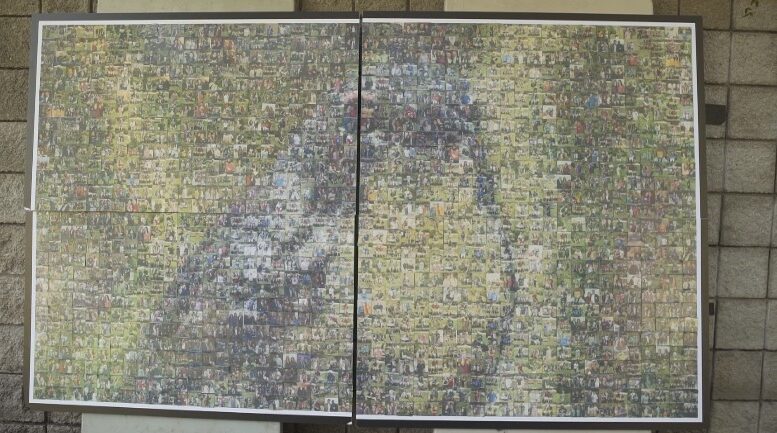 ESCANABA –People that go to the U.P. State Fair in the next two days will have a chance to become a part of an art project. The Michigan Wildlife Council’s goal is to educate people on the meaning and importance of wildlife conservation, and how hunting and fishing also are apart of that conversation.

The MWC will have a booth in the Ruth Butler exposition building, where people can pose for a picture, and then become apart of an 8 foot wide mosaic photo.

“The mosaic is a large picture of a sturgeon, and it’s an 8–foot wide picture,” said Robert Micheau, the Executive Director for Visit Escanaba. “And it’s made of up smaller pictures of people who are at the fair who go to the booth and get their picture taken. And the messaging is that we’re all a small part that work together to preserve Michigan’s wildlife.”

They will be set up in the Ruth Butler Exposition building both Friday and Saturday from 10 a.m. until 4 p.m., and then again at the Grandstand Building from 6 p.m. until 11 p.m.

Horse and steer shows highlight day at the fair