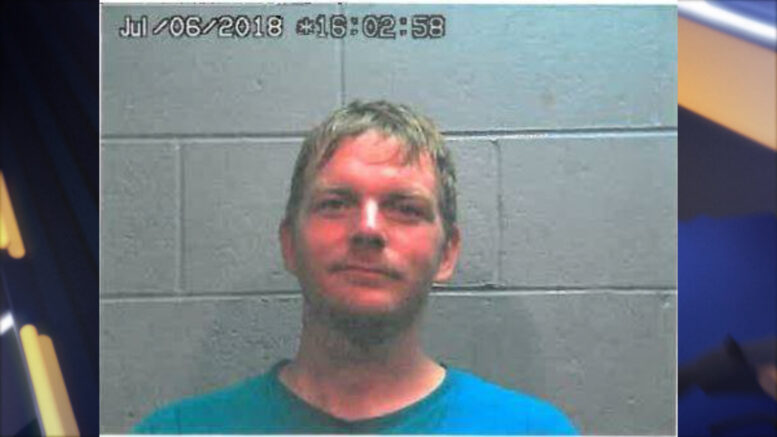 UPDATE: August 7th, 2018, 9:33 A.M. — Arrest warrants have been issued for incidents involving the previously reported LaPalme’s Country Corner breaking and entering. The Marquette County Prosecutor’s Office has authorized four felony charges and one misdemeanor charge for Benjamin Wyatt. Wyatt is from Escanaba, Michigan and is 28 years old. He is currently in custody in the Delta County Jail for unlawful driving away an automobile and a hold has been placed on him for the Marquette County charges.

Wyatt is suspected of stealing a pickup from Escanaba in the late evening of Sunday, July 1, 2018. He drove the pickup to the LaPalme’s Country Corner and broke into the residence portion of the building. He also entered into the attached post office and store. A total estimated $9,000 was stolen or damaged during this incident.

It is believed that Wyatt then walked and broke into a camp, also on the Little West Road, where he slept and took some dry clothes and footwear. In the early afternoon of Monday, July 2, 2018, a Wells Township man gave Wyatt a ride to the Mobile Gas Station in Gwinn. Wyatt then took the MarqTran bus to the City of Marquette where he stole a pickup and drove back to Escanaba.

The Marquette City Police has obtained a warrant for Benjamin Wyatt for unlawful driving away an automobile and driving while license suspended.

The Marquette County charges will not proceed until Escanaba Public Safety’s charge of driving away an automobile is resolved in Delta County.

This case has also been forwarded to the US Attorney’s Office for review in consideration of Federal charges.

The Marquette County Sheriff’s Office would like to express their appreciation to the public for assistance in this case.

ESCANABA — A person of interest in the breaking and entering of the LaPalmes Country Corner is in custody in the Delta County Jail on the charge of unlawfully driving away a vehicle out of Delta County. The arrest took place on Friday, July 6th at an Escanaba residence by officers of the Escanaba Public Safety (EPS). This is part of an ongoing investigation involving EPS, the Marquette County Sheriff’s Office, the Federal Bureau of Investigation (FBI), and the United States Postal Inspection Service.

The subject is believed to have stolen a pickup in the City of Escanaba and drove to LaPalmes Country Corner in Wells Township to commit the breaking and entering late Sunday (7/1/18) or early Monday morning (7/2/18). The stolen property from the store was loaded into the stolen pickup, which was later crashed on Little West Road (C.R. SW) and overturned into the Little West Branch of the Escanaba River. The pickup was discovered abandoned by a logger on Monday, July 2nd around 3:00 P.M. The Sheriff’s Office Dive Team recovered many identifiable personal items of the arrested suspect, along with property stolen from LaPalmes Country Corner.

Coincidently, on Monday, July 2nd at 2:48 P.M., a pickup was stolen from the parking lot of Blackrocks Brewery in Marquette and was later recovered in Escanaba. It’s suspected that the same male subject also stole this vehicle to return to Escanaba. If it is the same suspect, it is unknown how he got from southern Marquette County to Marquette City.

The Marquette County Sheriff’s Office is asking for help from the public to see if someone saw or assisted the subject attempting to get from southern Marquette County to Marquette City between July 1st and 2nd. He is described as a white male, wearing a light colored short sleeved shirt, medium toned pants (possibly light green) and a similar colored baseball cap. He also had on a yellow backpack. Prior to stealing the pickup from Marquette, he was seen waling westbound on the north sidewalk of Washington St.

Anyone with information is asked to contact the sheriff’s office at (906) 225-8470 or email llarson@mqtco.org. This investigation is ongoing.