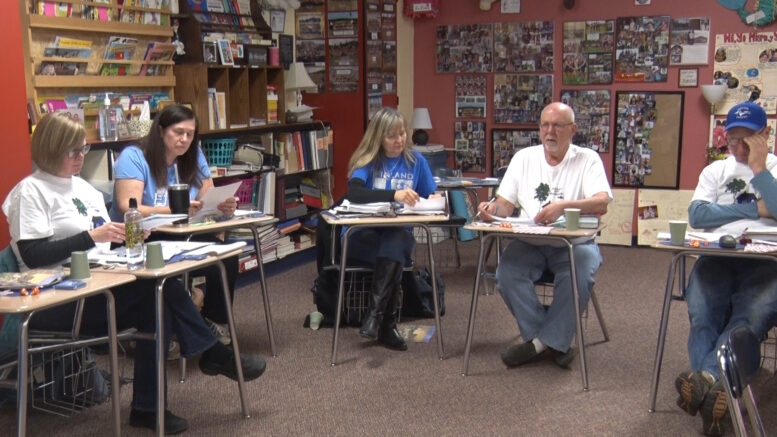 NEGAUNEE — The Upper Peninsula is known for its Finnish heritage. Many locals are taking the chance to learn more about what makes this part of Michigan so special.

Learning a new language doesn’t have to be part of a high school or college curriculum. The students don’t have to sit at home, practicing with their Rosetta Stone. They’re learning Finnish in the best way possible: in a classroom setting with other students. Teacher Tanja Stanaway has been teaching Yoopers Finnish for almost 40 years.

“Well, it was 1979 when I approached the school system and asked…I noticed there were a lot of Finnish people around. I wonder if they would like to learn to speak Finnish,” said Stanaway.

Reluctant, the Negaunee school system agreed…There’s no way this will work, they said. But that Monday in September?

“63 people showed up in the classroom.”

Safe to say that Finns and others were more than interested in learning about the language and heritage that built Michigan’s Upper Peninsula. Many are keen on keeping it around.

“You know, our culture…I think it’s really important to preserve it,” said student Aaren Joki. “We’ve come a long way, and it’d be a shame to lose what we’ve built.”

15 students spend a couple of hours every week honing their skills and keeping that culture alive. It’s not the easiest language to learn, yet every week, they’re back with their homework done, eager to learn.

“The main thing I learned is how difficult the language really is once you actually try to learn it and speak it properly,” said Joki.

It sure is difficult. The following is one whole word: Lentokonesuihkuturbiinimoottoriapumekaanikkoaliupseeriopilas.

If students have trouble pronouncing that word, or any other, they can reach Tanja at any time.

“They can call me. I always say they can call me, because I like to talk. If they have a question to translate a sentence or something, they don’t have wait until next week.”

The class was very kind and welcoming, but they wouldn’t let me leave until I pronounced Sauna correctly. Clearly I have a lot to learn.

What is Sisu? ABC 10 Feature

“Mutt” coming to the Calumet Theater