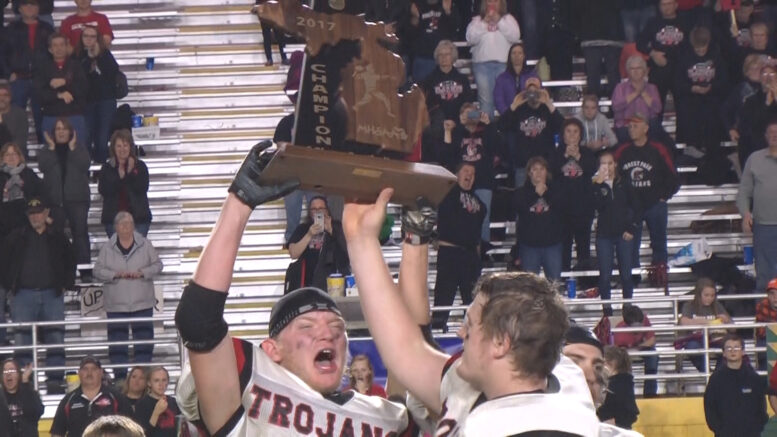 RAPID RIVER — According to Mike Mattson of the Escanaba Daily Press, a new eight–player football conference will be launched next year. The idea came from a conversation between Rapid River athletic director Rick Pepin and Pickford athletic director Chuck Bennin.

It will be a 13–team conference that will feature two divisions: in the west it will be North Central, Carney–Nadeau, Forest Park, North Dickinson, Stephenson and Ontonagon. And in the east it will be Superior Central, Rapid River, Engadine, Pickford, Brimley, Cedarville and Rudyard. That means the Western Eight Conference will dissolve and the name for the new conference is still not yet known.