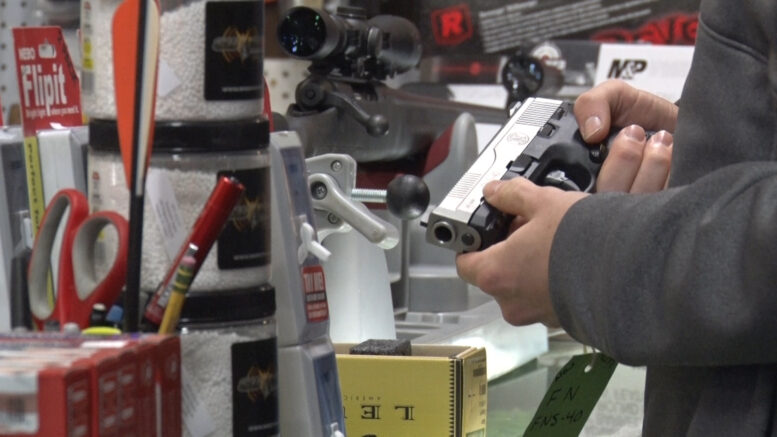 MICHIGAN — What do Schools, Churches, and more have in common? All of these places are traditionally gun–free zones. But that could change very soon.

Under Michigan Senate Bills 584–586, gun owners would be able to carry a concealed handgun in these places. Introduced on September 20th, the bill moved quickly and was approved by the Senate less than two months later, where it now sits waiting to be approved by the House of Representatives.

“I’m hopeful the house doesn’t pass those, and if they do I would be hopeful that Governor Snyder vetoes those bills as well,” said Marquette Area Public Schools superintendent Bill Saunders.

Snyder vetoed a similar bill in 2012, and stated that he would stand by his choice and veto this year’s motions as well.

Many are of the opinion that allowing guns in gun–free zones will lessen the chance of a threat to safety. Some allude to the events earlier this month in Sutherland Springs, Texas, where Johnnie Langendorf and Stephen Willeford shot and chased down Devin Kelley, who killed 26 at a church.

“Clearly he felt comfortable in the church thinking it was gun free, he certainly didn’t have any fear of anybody shooting back at him, because when the citizen from the other side of the street opened fire on him, his first response wasn’t to turn around and shoot back at him, it was to run and get away,” said Senator Tom Casperson.

To be able to carry a concealed weapon in a church or school, CPL carriers would be required to undergo an additional eight hours of training. It’s more than being able to unholster and shoot your weapon.

Even more dangerous in a populated area, without training, the chances of an accident are significantly higher.

“Even if it’s an accidental discharge or something like that, to have loaded weapons coming into our schools, huge red flags for us. A major safety, security concern for students and others,” said Saunders.

But it wouldn’t just be guns. The bill would allow for a safer option as well.

“With schools, this would give them the option of being able to carry a taser, which may be more suitable for the school area,” said Kent.

The bill wouldn’t only change things for civilians; members of Law Enforcement would need to re–assess how to deal with a shooter.

“We’re looking at the person that is not a law enforcement officer with a firearm. That is the person we target right now. And we take them out as soon as possible. This is going to have to change in our training, though, because now if we have concealed carry people, civilians that are carrying, we’re going to have to try and identify the shooter before we can take any action,” said Kent.

That process of identification can be the difference between saving and losing lives. Whether or not the bill is approved by the House, there’s a mutual agreement that something needs to be done.

“Before Sandy Hook, and before Columbine and those types of things, schools were open. Doors were propped open, anyone could come and go. Since then I’ve seen some research on average there’s one school shooting a week,” said Saunders.

“With the gun free zones, we’ve had way too many problems, clearly, with shootings. And so that tells me the bad people that don’t care about our laws, they’re looking at those places. That’s where they’re heading,” said Casperson.

A Shift in Perspective