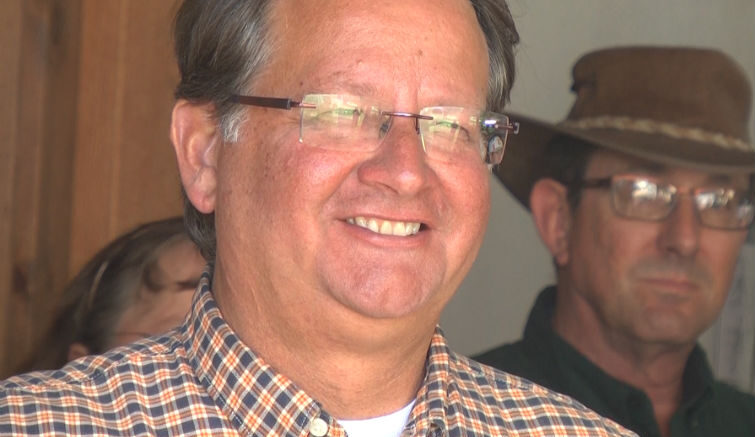 CHATHAM — U.S. Senator Gary Peters (D-MI) is making his way across the U.P. on his motorcycle to discuss his efforts to grow the state’s economy and create local jobs.

Senator Peters was in Manistique and Chatham Monday to talk about Michigan’s agricultural and manufacturing industries in regards to the state’s economy. While in Chatham, the senator visited the Michigan State University’s Upper Peninsula Research and Extension Center to observe its work with small farming operations. With the U.S. Senate soon taking up a farming bill that will set policy for farmers all across the country, Senator Peters said he wanted to make sure the U.P. voice was heard.

“I think the most important thing about the farm bill is to understand that agriculture is very diverse,” said Senator Peters. “In the past, a lot of farm bills have been focused on big crops like wheat and corn but we area a state of specialty crops. Michigan has the most diverse agriculture second only to California and we need to have a farm bill that works for farmers regardless of their crop they produce.”

In Manistique, Senator Peters visited U.P. Paper Company and chatted about the manufacturing side of things up here as well. His U.P. motorcycle tour will wrap up at the end of next week, adding that if he has to get from point A to point B, it might as well be by motorcycle.

MSP mourns after losing a trooper in fatal accident