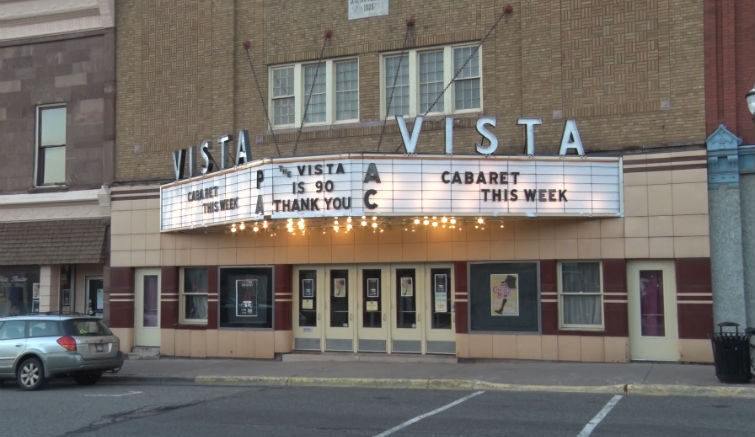 NEGAUNEE — A few members of the Peninsula Arts Appreciation Council (PAAC) are looking to change how the Historic Vista Theater is currently being run by separating into two clear, distinct entities.

PAAC was created in 1973 and called for a single group to be responsible for both theater operations and artistic productions, but some members have found this to be increasingly unsustainable. Members have tried to restructure the organization to work more cohesively, and this has ultimately led to a recent discussion to potentially break PAAC up into two entities. The idea is to create an organization focused on the operation of the theater and turn over artistic production to a separate players group. Executive Director Andrew ‘Bear’ Tyler says this is all to ensure the existence of the theater as a cultural event center and performance venue for years to come.

“We have to pass up on a lot of opportunities and the opportunities are major economic boosters not only to Negaunee, but the West End and Marquette County as a whole,” said Bear. “Since we truly believe this theater is a linchpin for the future sustainability of this region, we feel that it’s very important to take this step and make sure the theater can be here forever.”

Those members are currently working with Grow & Lead: Community and Youth Development on creating a new sustainable business plan that would allow the restructuring of PAAC, but it is still in the works. Bear says if the plan is to go through, it will allow the Vista to run more like the rest of the historic theaters around the U.P. The members advocating for the separation are looking to garnish support for the idea and will officially be presenting the plan on August 14 at 6 pm in old restaurant in the Negaunee Mall.

Movie about the U.P. premieres close to home