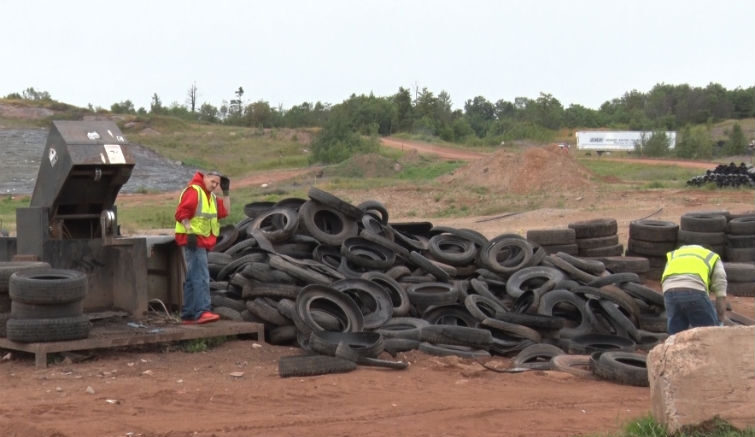 As of Monday, the Marquette County Sheriff’s Department is in charge of the work crew, which takes low-risk, non-violent, misdemeanor offenders and puts them to work around the county. These inmates, which are hand-chosen from the Mangum Farm, are currently working at the Marquette County Landfill, but have been known to do odd jobs for townships and other work for the county.

The work crew used to be under community corrections, but budget changes left the program unfunded and subsequently dropped. Sheriff Greg Zyburt said re-implementing it was good not only for the community, but the inmates as well.

“I looked at the program and for me, it was just a win-win,” said Sheriff Greg Zyburt. “It’s good for the community because you’re providing cheap labor. It’s a way for the prisoner to get out of the jail, out of a cell, and it sets a positive structure for getting up and having to work and get a work ethic.”

The inmates volunteer for the program and aren’t paid, but they do earn time-and-a-half off their sentence if they are doing a good job. Some even land permanent, paid positions at the landfill for having a good work ethic.

Concerns of trash and recyclables being mixed