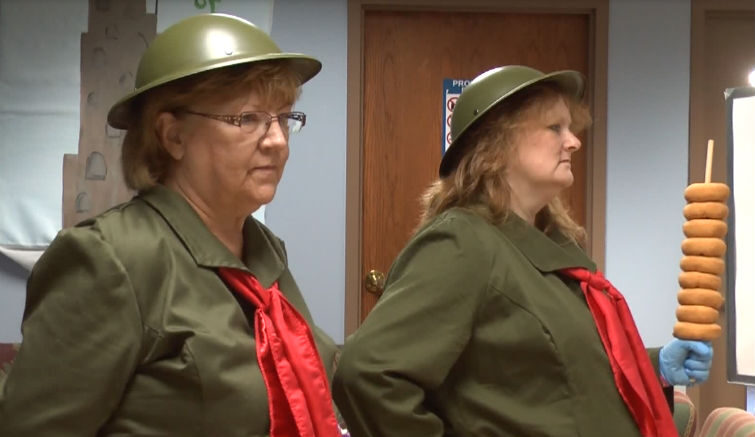 HANCOCK — June is National Doughnut Month and over the weekend, the Salvation Army threw a celebration to honor the treat, along with two more centennial anniversaries.

People then participated in a doughnut decorating contest, a silent auction and a doughnut eating contest. The guest of honor, Susan McLean, who served as a Doughnut Girl in World War II, turned 100 years old this month.

A presentation about McLeans’s experience as a Doughnut Girl was given and the crowd was taught about how and why the doughnut was created. And, of course, there was a never ending supply of doughnuts.