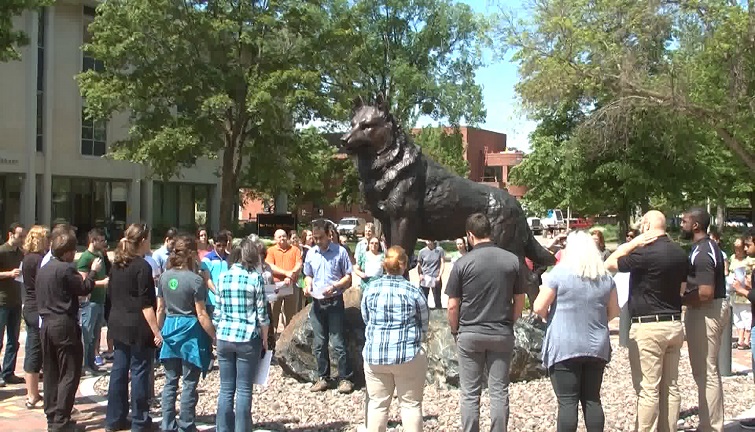 HOUGHTON — Community members, staff and students demonstrated peace around the Husky statue at Michigan Tech University Tuesday in a moment of silence.

The silence was meant to express condolences to victims of recent terrorist attacks in the Middle East, Europe, Asia and Australia. Members from the Iranian Community at Michigan Tech hosted the event and said they wanted to replace the negative message of violence and hate with one of love and peace.

Attendees held signs with positive messages including “No To Terrorism,” “No to War” and “Pray for Peace.” Organizers also said the silence was the most impactful representation of their feelings towards the tragedies.

Taking Out the Trash