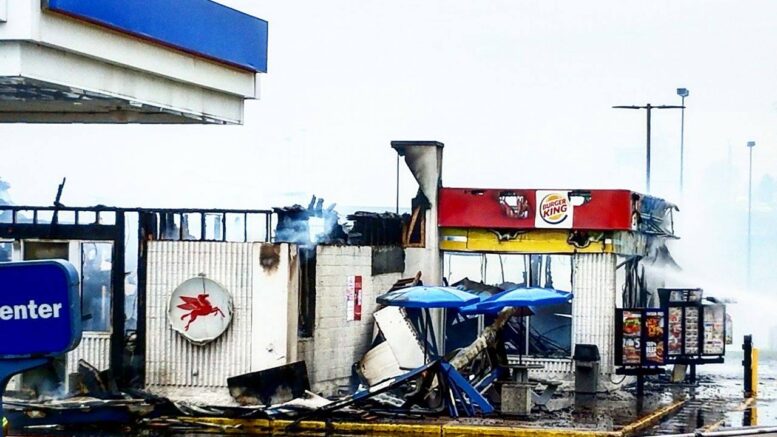 Just after 3:00 p.m., emergency responders were dispatched to 1950 South Stephenson Avenue, the location of EZ Mart and Burger King. Shortly after their arrival, the store front of EZ Mart fell, resulting in a partial building collapse.

An Iron Mountain firefighter was trapped for approximately two minutes. He was eventually removed and taken to the hospital for treatment of burns.

Equipment from Iron Mountain DPW was eventually brought in to knock down the building due to instability and safety concerns. The fire was declared under control at 6:00 p.m. and officials cleared the scene at 8:15 p.m.

The cause of the fire has not been released at this time.