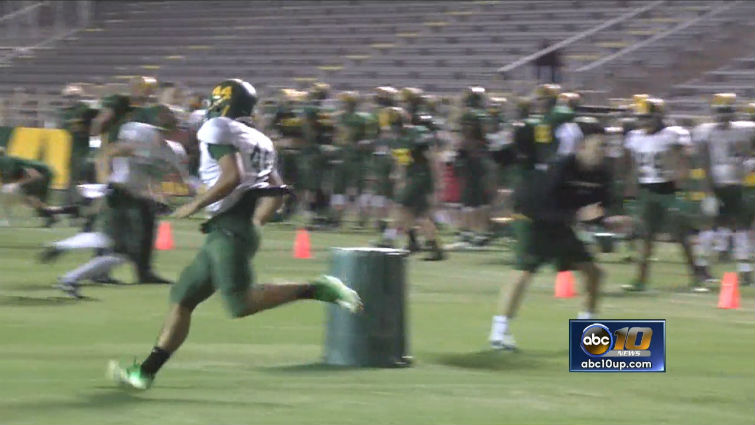 MARQUETTE– The Northern Michigan University football players are dealing with a lot of switch-ups this year, including the Spring Game.

The scrimmage will now be held at 1:30 p.m. Saturday, April 8th. Practice is ran differently than before, but players only spoke positively on the foundation of their season.

“I hope our team just clicks, everything has been thrown at us so fast right now, a lot of installs. The offense and defense are really getting at it,” Linebacker Alex Hamilton said. “Spring training is probably the hitting a specially going against the running backs like Aaron, he’s a very good competitor.”

“Learning new things, getting adapted to the new coaches, new players, you know welcoming the new recruits and all that stuff,” Running back Aaron Harris said. “It’s our job to show them this is a good school, a good community, and everything. So as far as teammates goes, community goes, getting out seeing the scenery, and meeting new people.”

Harris said having new coaches doesn’t affect the team that much currently, it’s all about being able to put it together as a team.

As for getting pumped up for practice at 6 a.m., players said not everyone arrives hyped up. But thanks to the atmosphere sleep mode doesn’t stay for long.

“You can defiantly tell that they drag along but once they get going, start sweating, and running around its like ya know everybody gets excited,” Harris said. “then after that we have classes for people who have 8 in the morning so it’s a long day for us. I’m a morning person yes because I would rather wake up and get my day started then have my afternoon to myself.”