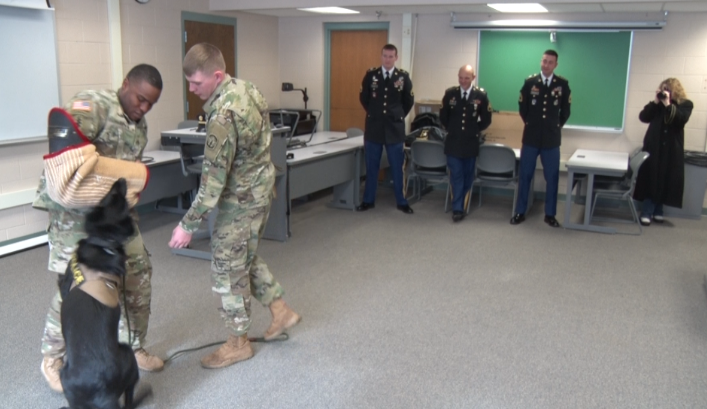 These demonstrations were shown through the help of the military police K9 unit. A team from Fort Campbell in Kentucky held this event to teach students along with the public, about the general similarities and differences between the Army’s working dog teams and the civilian police forces’ canines.

Other than the basic training slightly differing for these hardworking dogs, they also go out on different missions.

“They go on deployments as well and wherever duty calls. Basically, the dog we have here today is a specialist in finding explosives so he’s not a narcotics dogs or anything like that, just a primary specialty of detecting explosives,” said First Class Sergeant, Patrick Matheny.

This event shed some light on the daily duties and responsibilities that members of law enforcement and the Army undergo on a daily basis. Similar demonstrations will be shown on Tuesday at Marquette Senior High School.