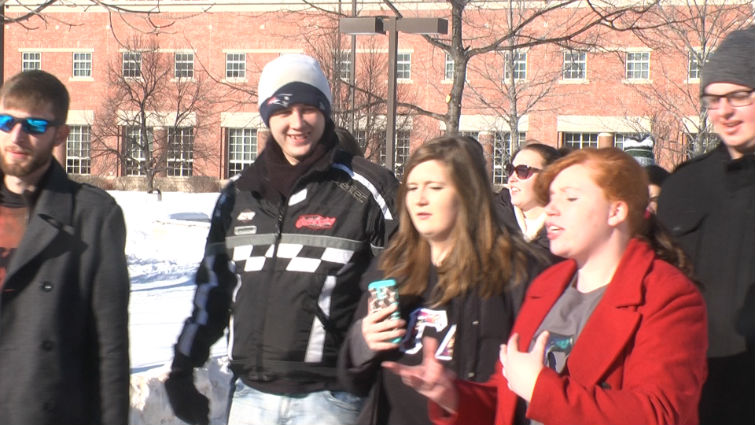 MARQUETTE — For many people in America, Monday’s holiday is a day to celebrate the progress we’ve made to ensure equal rights in the country.

At one local college, that means marching in honor of Dr. Martin Luther King, Jr.

For some, it was a time reflect on how far we’ve come. Marcher Katelyn Perfhinfke said, “I think it’s really important to recognize how important Martin Luther King Jr. was in establishing the freedom we have in this country and the equality.”

For others, it was about a personal commitment. “Obviously as a person of color I think it is my duty, especially up here where there aren’t that many people of color,” said Marcher Haniah Davis, “I think it’s really important for us to just come together and just really honor his legacy of kindness, respect.. of love.”

And for others, they say it is about the road we still need to go. “I think it shows what he has started has not been forgotten, and we’re going to continue to keep moving forward and having Marches like this and rallies until we do have true equality in this country.”

“After the march, students went out and did community service, which they said was fundamental to Dr. King’s message.”

Browzzo said, “He was all about service, giving back to his community and so we want to continues to honor his name, honor his legacy, and honor his memory by continuing to do some different service projects.” And it was Dr. King’s legacy that stood out at the rally.

Perfhinfke said, “I think the biggest legacy left behind was for us all to work together to achieve equality and work for everyone’s dreams.”

Students get integrated to their community and campus