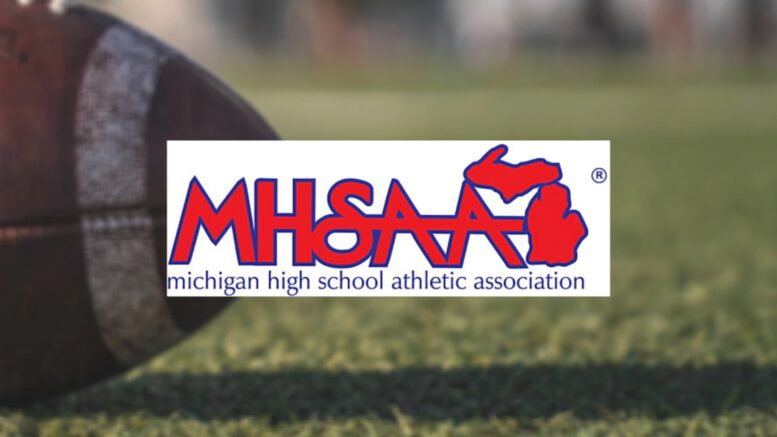 EAST LANSING, Mich.(Press Release/WBUP) – Sept. 25 – The Representative Council of the Michigan High School Athletic Association has approved an adjusted format for this season’s 11 and 8-Player Football Playoffs to accommodate the shortened regular season that began late due to COVID-19-related restrictions earlier this fall.

All teams this season are able to play up to six regular-season games before the start of the MHSAA Playoffs – down from the usual nine games because the first games this season weren’t played until the traditional Week 4. However, the playoff fields for both 11 and 8-player will be doubled this season, giving nearly every team in Michigan a guaranteed seventh game.

Changes to the football postseason are for the 2020 season only. Following are brief descriptions of the adjusted MHSAA Football Playoffs in each format:

Further details will be provided soon on the Football page of the MHSAA Website at  https://www.mhsaa.com/sports/football.

The Representative Council is the 19-member legislative body of the MHSAA. All but five are elected by member schools. Four members are appointed by the Council to facilitate representation of females and minorities, and the 19th position is occupied by the Superintendent of Public Instruction or designee.

The MHSAA is a private, not-for-profit corporation of voluntary membership by more than 1,500 public and private senior high schools and junior high/middle schools which exists to develop common rules for athletic eligibility and competition. No government funds or tax dollars support the MHSAA, which was the first such association nationally to not accept membership dues or tournament entry fees from schools. Member schools which enforce these rules are permitted to participate in MHSAA tournaments, which attract more than 1.4 million spectators each year.