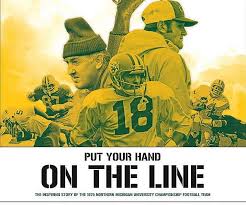 A documentary about that championship run is now being streamed, as part of a national film festival.

Put your Hand on the Line, an award–winning documentary, will be streamed as part of the 2020 Dances with Films Festival.

The film will be one of 14 documentaries featured this year.

The independent film festival is usually held at the TCL Chinese Theatre in Los Angeles, but is online this year, due to COVID–19.

The gift of giving time