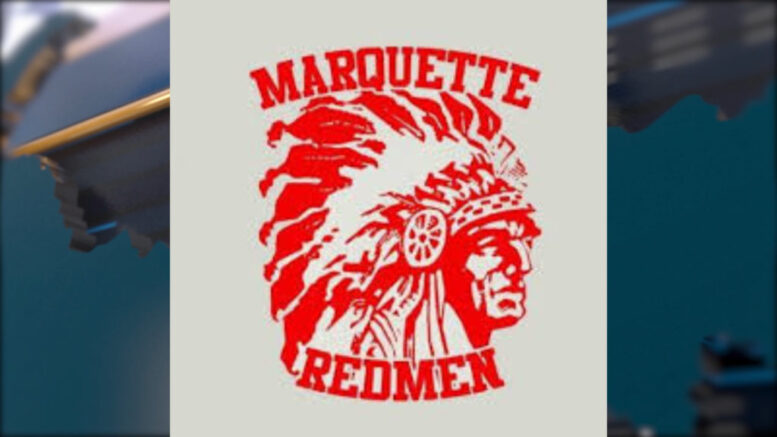 MARQUETTE — The debate over a divisive mascot continues.

Concerned members of the community gathered to voice their concerns over the Marquette Senior High School mascot, the Redmen.

The divisive logo, which depicts a Native American in a headdress, has been labeled as culturally insensitive and disrespectful. Such connotations lead the Marquette Area Public Schools’ Board of Education to adopt the school’s original logo.

“It has been part of the planning of the district to separate from the meaning so involved,” said William Saunders, MAPS Superintendent. “And so we have gone back to the original intent of the block ‘M’ and what Redmen initially stood for.”

In a 6–1 vote, the school’s board voted to officially retire the Native American logo, in favor of a signature red “M” that the school has been using for the past 20 years.

Although the chieftain logo is now officially retired, the vote to possibly change the school’s nickname will be held at a different time.

The block “M” logo now being used was the original logo for the school, before the school adopted the chieftain logo sometime in the 1940’s.

3D Technology makes its way into the classroom