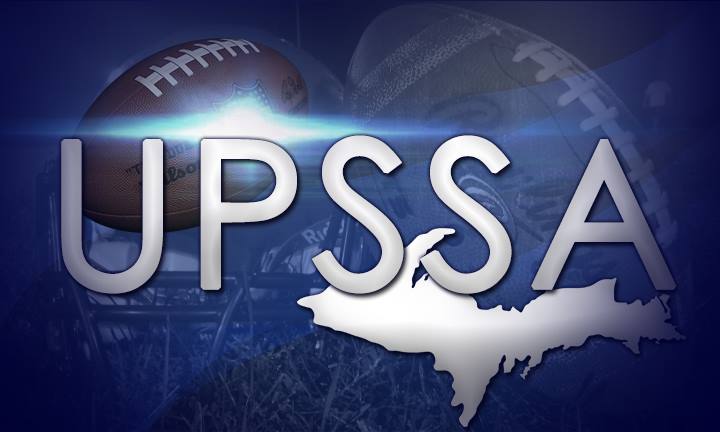 On Tuesday, October 22, was the release date for Week 9 of the UPSSA Polls for High School Football in the Upper Peninsula. 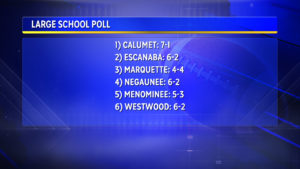 The big change this week is Escanaba (6-2) lost the top spot to Calumet (7-1) after they defeated Hancock and Escanaba took a tough lost at home to Traverse City Central 62–7. Marquette (4-4) and Negaunee (6-2) stayed the same at three and four respectively. Menominee (5-3) and Westwood (6-2) , who were tied for 5th in last weeks poll, changed up. Even with Westwood’s win and Menominee’s lost, the Maroons are still ahead of the Patriots. 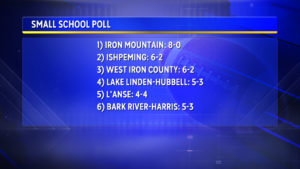 In the small school poll, everything has remained the same. Iron Mountain (8-0) defeating L’Anse (4-4) stays at one, Ishpeming (6-2)and West Iron County (6-2) winning both of their games stays at two and three. Followed by Lake Linden-Hubbel (5-3) at four with a 5–3 record. L’Anse staying at five despite losing bad to iron mountain at home and Bark River-Harris (5-3) takes the sixth spot. 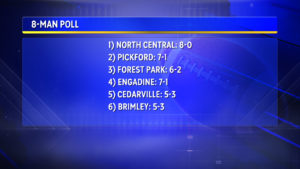 Finally in 8 man polls, the North Central Jets (8-0) are still the only undefeated 8-man team. They are at one followed by Pickford (7-1) whose only lost was to North Central in a close contest. Forest park (6-2) and Engadine (7-1) haven’t moved from last week as well staying at three and four. Then rounding out the list is Cedarville (5-3) and Brimley (5-3) at five and six with both having a 5-3 record.

Redmen get first win of the season over Blue Devils