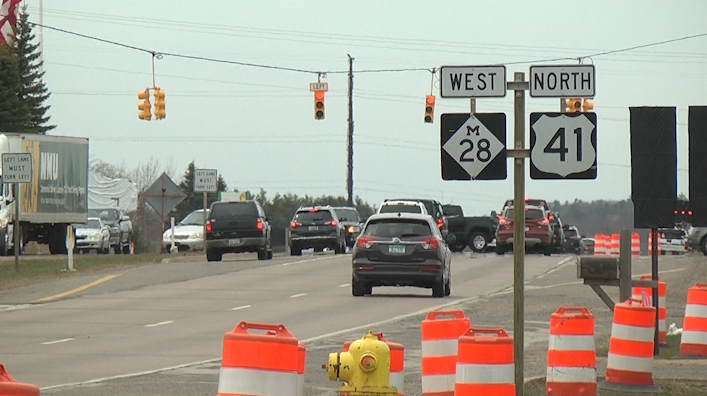 MARQUETTE — If you’ve driven through Marquette township then you’ve probably noticed a slow start to the current project on US-41, as well as a couple of changes. Construction crews have had to do more utility work than originally expected while working on the north side of US-41, which has slowed down the early stages of the project.

“Things are running a little slower than we had hoped,” said Dan Weingarten of the MDOT Office of Communications. “They ran into a little more work near Co. Rd. 492 than they thought they would have, so that’s slowed things down a little bit.”

The work being done on the north side of the highway is so they can move the westbound lanes a little north to accommodate the extended boulevard throughout that section of the road. Weingarten also said that the utility work on the south side of the highway will begin next week, as well as creating a temporary roadway for the entrance to Walmart.

And if you’ve driven through the construction zone, you’ve probably also noticed some new traffic lights that were hung over the highway, but those won’t go into use for quite some time.

“Those are going to go into operation around the third week of June, when that work the roundabout starts,” said Weingarten. “And that will provide us with some extra traffic control in there, so that’s another new thing that people will have seen driving through that stretch. When the actual roundabout construction starts we’ll need some traffic control, so those will provide some gaps there. They’re in place and ready to go when we need them.”

Despite the slow start, the project is not expected to be delayed or miss any deadlines, and the major portions of the roadwork are still on track to be completed this fall.

How does MDOT determine when traffic lights go into flash mode?