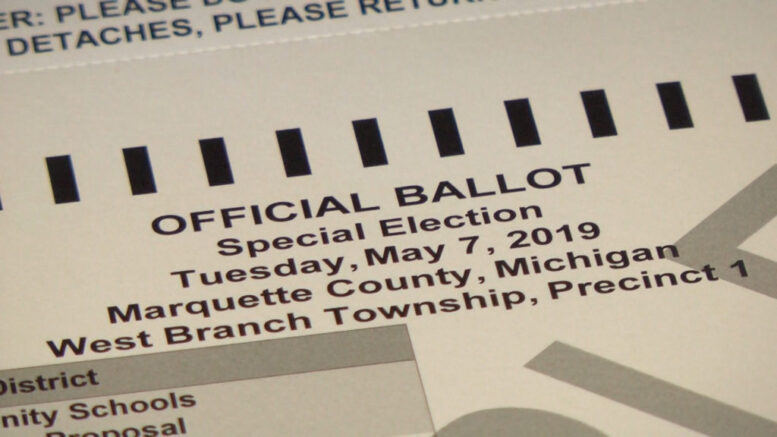 UPPER PENINSULA — Below are the results of the special elections that happened in counties around the Upper Peninsula.

MARQUETTE CO. — The special election for parts of Marquette County is happening and May 7th is the only day to vote.

The fund would help with replacements, repairs, and updates for the school’s infrastructure as well as take pressure off the school’s general funding. More information about what is included in the sinking fund is available here.

If the proposal passes, there are a few things that could be affected.

“You’re going to see an increase in your tax bill if it does pass. As far as how much of an increase; it’s stated on the ballot. It’s 1.75 mills, which amounts to $1.75 per every thousand of taxable value” said the Marquette County Clerk, Linda Talsma.

If you would like to have a say in the Sinking Fund Millage Proposal, townships that are holding the election  and could be affected by the Sinking Fund are Skandia, West Branch, Forsyth, and part of Sands.

There is only one item on the ballot so voting lines should be short; the polls close today at 8 p.m.

ABC 10 will keep you updated on the results of the special election.

Students to get welding experience thanks to grant