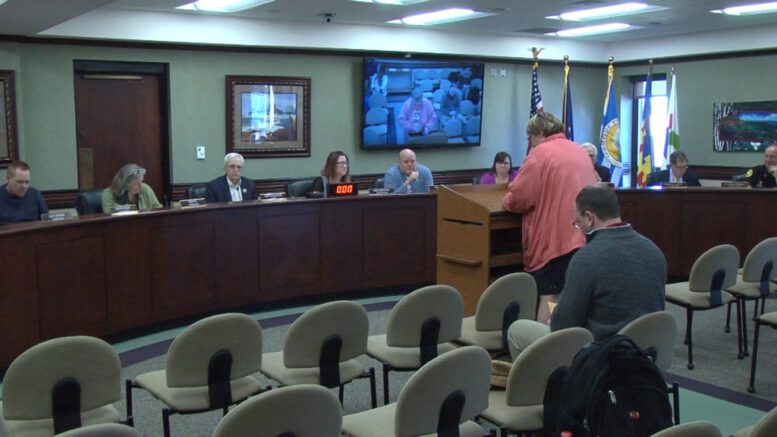 MARQUETTE — Lakeshore Boulevard will be moved in the near future, thanks to a decision made by the Marquette City Commission.

In a special meeting held earlier tonight, the city commission approved the project, which would move Lakeshore Boulevard to prevent it from being lost to rising water levels.

“I think one characteristic of the city of Marquette is we continue to move the city forward,” said Fred Stonehouse, mayor of Marquette. “We continue to keep the city growing, and continue to do the best we can for our residents, and the visitors that come here too. This is an example of that.”

The project will be in two phases, with phase one including shoreline repair, road relocation, and contingency, which will cost almost $5 million in total.

$2.5 million is coming from a grant from the National Fish and Wildlife Foundation, while another roughly $3 million will be relocated from other projects around the city.

The city has been trying to relocate the road for 6 years, and this grant helps allow them to do so.

Plans discussed about shoreline in Marquette

Relocation project for Lakeshore Blvd. in Marquette to cost $8 million