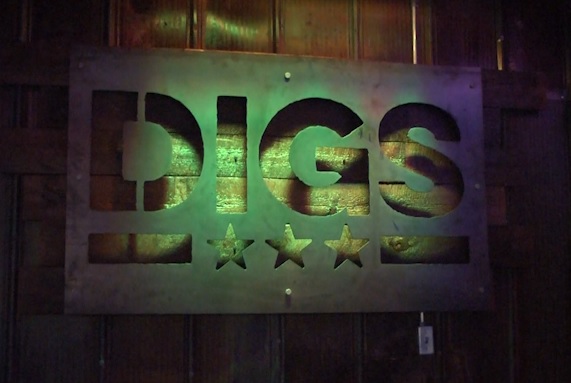 MARQUETTE — If you’re going to be single on Valentine’s Day and want to avoid Cupid’s arrow, then Digs might be the place for you. Digs Gastropub in downtown Marquette will be throwing a special anti–Valentine’s day party tomorrow called Love Songs and Cham-Bongs. Beards Brewery will be taking over the taps and there will be drink specials all night, and the event is kicking off karaoke nights at the pub, which will happen every Thursday.

But Valentine’s day isn’t for everybody, and that is what lead to idea of the party and really got the ball rolling.

“The idea came from a lot of our single friends and employees who were talking about how Valentine’s Day isn’t really their holiday and that it’s really for couples,” said Bill Digneit, co-owner of Digs. “We wanted to fill a need in the market for single people to come and have some fun on a day they might not focus on. We’ve just created an environment for people to come and enjoy some good food, good cocktails and sing some love songs.”

Attendees will be singing in a love song karaoke contest for prizes, and some people might even meet someone special.

“Other exciting things will be happening, we have a speed dating element to our evening,” said Digneit. “Where our emcee, Pat Digneit, our hostess with the mostest, will be engaging different people to hopefully meet some new faces and see what happens.”

The love song karaoke contest starts at 9 p.m. and the party will last until closing time.