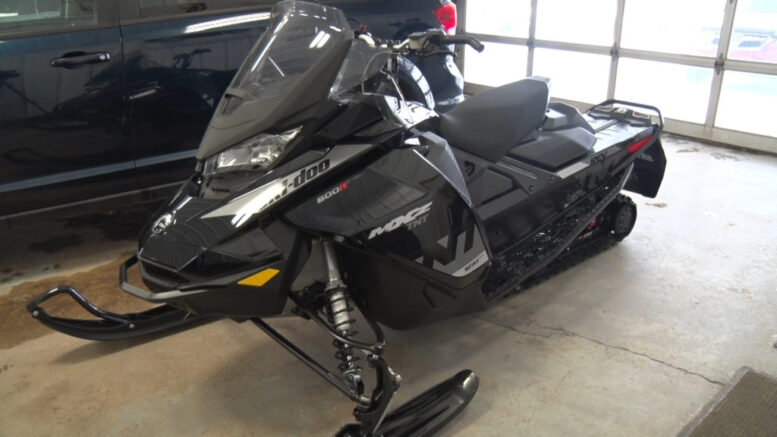 MARQUETTE — A snowmobile was given away today to one lucky couple.

Fox Motors had a company-wide giveaway across the state for a snowmobile.

They had a Black Friday contest for all Fox Motors customers and the winners would come from the Upper Peninsula..

“We won a snowmobile and he said ‘no we didn’t’ so it was pretty exciting. It’s one of those almost too good to be true, it’s like really” said snowmobile winner, Adele Jacobson.

“I thought she was lying to me” said Doug Jacobson.

They actually found out that they had won through Adele’s co–worker and Doug was on a hunting trip.

Since this contest was statewide, Fox Marquette was excited to be able to present the snowmobile to the Jacobson’s.

Central UP, East UP, Local News, Outdoors, Uncategorized, West UP