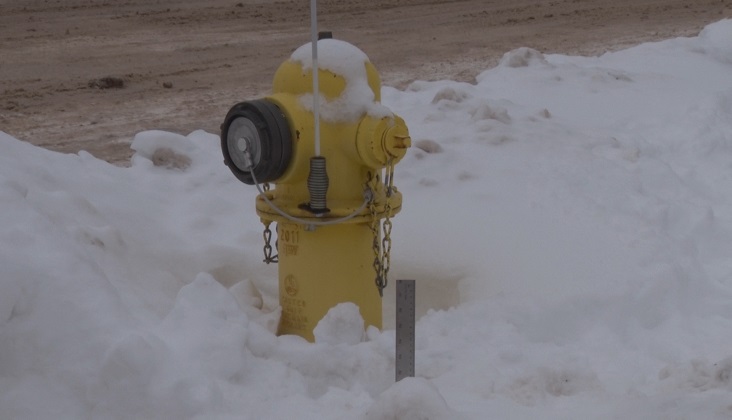 MARQUETTE — When you’re shoveling your driveway and sidewalks, most folks don’t think about shoveling off their fire hydrants.

In the city of Marquette there are over 1,000 fire hydrants and the possibility of one of the hydrants being buried in snow is high.

The Marquette Fire Department is asking individuals to adopt a fire hydrant, to keep the hydrants clear of snow and ice.

“Essentially they take ownership of keeping the snow away or clearing that fire hydrant off for the duration of the winter for us. Even if it’s not in that person’s yard, if it’s in a yard of someone who is elderly or someone who can’t physically do it themselves. Just because that fire hydrant isn’t in your yard, doesn’t mean that it won’t be the one that services your home if you have a fire,” said Jeff Green, Captain of Marquette Fire Department.

Taking the extra 10 minutes to clear off a fire hydrant can make the biggest difference.

“A fire doubles in size every 60 – 90 seconds that it’s burning. In a four minute time frame that it takes for us to shovel that fire hydrant out, the room temperatures can actually exceed what flash over temperatures are. We go from something that is viable to or something we can combat, to something that’s too far gone,” Green added.

Last week more than 14 inches of snow covered Marquette County. Officials have been cleaning up most of it, but everything hasn’t been cleared yet.

“If there is a Good Samaritan that would like to drive around with a shovel and shovel the hydrants out, it’s a fantastic public service opportunity. Public works puts the flags on the fire hydrants, to make it easier for us to identify when the snow gets deeper. Having them shoveled out is really the next step to making our response faster,” said Green.

The small act of adopting a fire hydrant could prove to be important down the road.

Preparing for inclement weather on the roads this winter