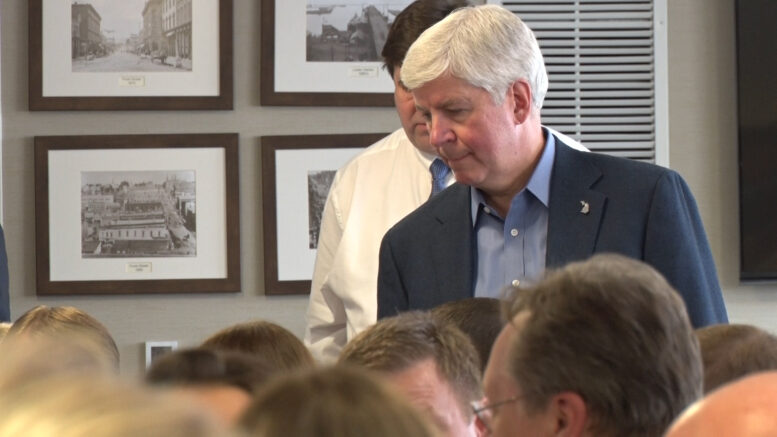 Such an authorization is unprecedented, but Gov. Snyder said the impact of the flooding on the U.P. communities demanded unusual action.

“The June disaster had a significant financial impact on the affected communities in the Upper Peninsula. We are committed to ensuring our residents are provided the resources necessary to help get them back on their feet,” Snyder said. “With the state taking on the cost of the entire match, the communities won’t have such a significant burden on their budgets from this natural disaster.”

FEMA and the Michigan State Police, Emergency Management and Homeland Security Division will begin developing recovery projects in the three counties to take full advantage of the financial assistance available.

Snyder signs off on energy legislation