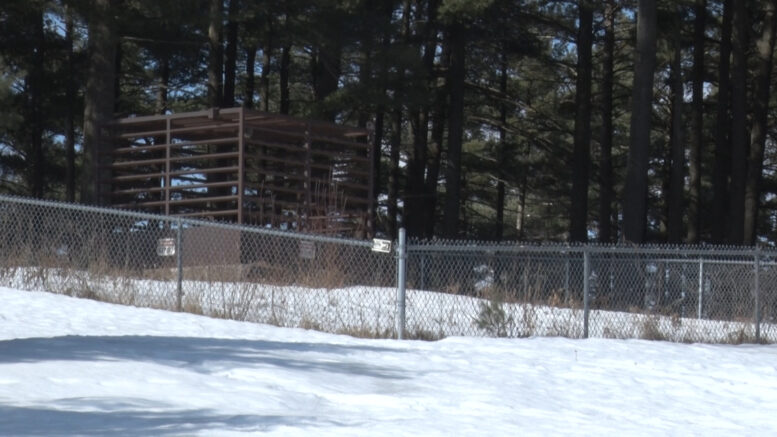 DICKINSON COUNTY — A research project aimed to help find a cure for a deadly disease for bats has been compromised. A break–in at one of the sites will be a setback for the Michigan Department of Natural Resources.

Over ten sites statewide are being monitored by the Michigan Department of Natural Resources, to help find a way to combat white nose syndrome found in bats. When conservation officers arrived last week to their site in Norway, they noticed cameras and signs were stolen from the abandoned mine. The Millie Mine Bat viewing site in Iron Mountain was also vandalized. The break–in and theft loses important data needed by officers.

“We’ve lost a year of survey work,” said Bill Scullon,  Wildlife Field Operations Manager. “What we were doing there is field–trialing a chemical treatment for the bats to remove white nose syndrome, a fungus, from the bats. Unfortunately, this kind of vandalism compromises our ability to use the data from this particular site this winter.”

Hours of footage were lost when the cameras were stolen sometime between Dec. 1, 2017 and March 23, 2018, according to a press release sent out by the DNR.

White nose syndrome is caused by a fungus that infects the skin of bats. Due to the disease, the vandalized site that once held about 20,000 hibernating bats is home to a measly few thousand.

“So we don’t have a lot of time before the populations go nearly to zero,” said Scullon. “So it’s important that the research is done now. This may be the last opportunity we have to possibly resolve this issue. This is a significant national for bat loss in North America.”

White nose syndrome has been detected in more than 29 states, as well as 6 Canadian provinces. Without the evidence, conservation officers will have trouble analyzing any data collected. Without data, it will be hard to keep the bats alive. Bats are a critical tool in keeping insects under control. When sites are disturbed, insects disperse, lowering the bats ability to feed. Energy used to survive the winter is burned rapidly, and they bats will die.

Conservation officers and local authorities are currently investigating the incident. If you have any information regarding the vandalism, call the Report All Poaching Hotline at  1–800–292–7800.