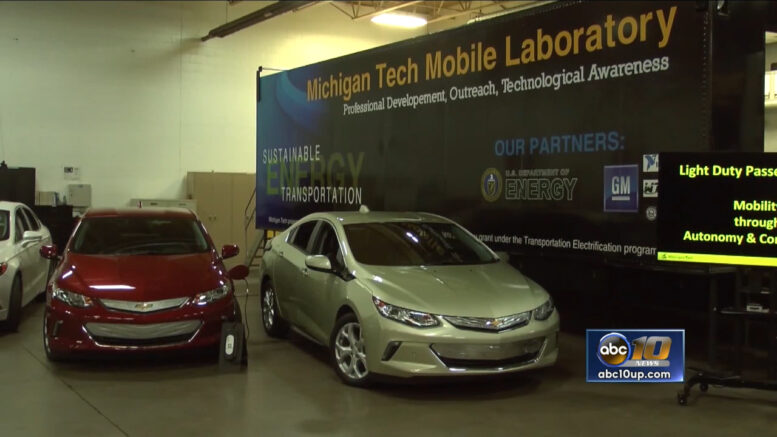 Remember back in the seventies and eighties when everyone said we would have flying cars by now? Well, we’re not there yet, but the state of Michigan is making advances autonomous in vehicular technology.

U–S senators Gary Peters and John Thune introduced a bipartisan bill in September called the American Vision for Safer Transportation through Advancement of Revolutionary Technologies (AV START Act). This bill will help keep the U.S. as well as the state of Michigan near the forefront of advanced technologies.

“This legislation creates a space for that innovation to occur, and for me the most important thing is to make sure this technology is here in Michigan. Michigan continues to be the center of the auto industry going forward, it’s important for our economic development, and it’s important for everyone here in the state,” said Peters.

It’s also important for safety; around 90% of the 40,000 traffic deaths in the state of Michigan are caused by human error…Senator Peters says the bill can help reduce those numbers.

And self–driving cars aren’t too far away, either.

“So this technology is moving very rapidly, and I think it’s important to note that Ford Motor Company has actually announced that they will have a fully self–driving vehicle coming off an assembly line in 2021, that’s just in four short years,” said Peters.

In March, Peters visited Michigan Technological University’s Advanced Power System Research Center, who has been a big part in the movement towards self driving cars.

MTU President honored at board meeting