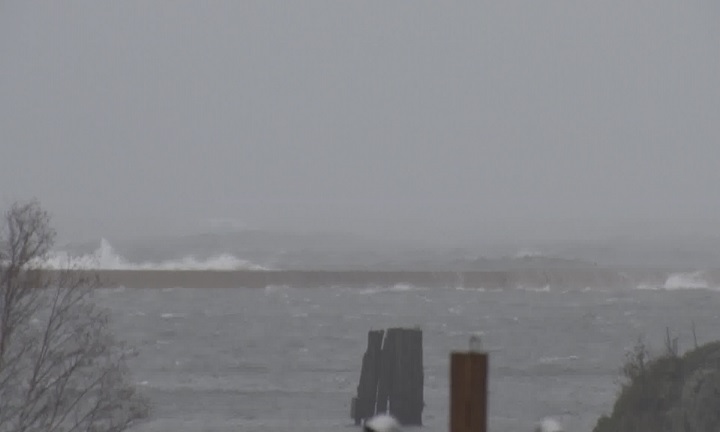 The Marquette Police and Fire Departments are continuing their search for the two people that were swept off Black Rocks in Marquette yesterday.

At this time, it is believed that fifty three year old Robert Anderson and thirty seven year old Sarah Hall may have been the couple swept off the rocks. Both are from Iron River.

The incident remains under investigation as the Marquette City Police and Fire, the U.S. Coast Guard and the Marquette County Sheriff’s Department continue searching for the individuals.

The Coast Guard has suspended the search for two people who were swept away during high winds at Black Rocks in Marquette. This is due to the dangerous conditions at Lake Superior.

The Coast Guard also added that after clearing the area, they found a vehicle unattended that may have belonged to the missing individuals.

Stay with ABC 10 for more details on this developing story.

The Marquette Police and Fire Departments have confirmed that a male and a female subject did get swept off of Black Rocks by the waves. The investigation will continue. Presque Isle is still closed.

Jerry Mills was on the scene today during a different incident at Black Rocks in Marquette. Hear his witness statement below.

There are two separate incidents. Jerry was able to photograph and witness one man’s rescue from the waters.

MARQUETTE — Calls were made to the Marquette Police Department around 1:35 p.m. that a male and female may have gotten swept into the water at Black Rocks in Marquette. Police and fire personnel are still currently on the scene.

At this time, police are unable to confirm if there were people swept into Lake Superior due to weather conditions. The investigation will continue into this matter.

Presque Isle has been closed since this morning due to poor weather conditions prior to the alleged incident. The area continues to be closed.

This is a developing story. Stay with ABC 10 for updates.

Painting honors those who serve and protect