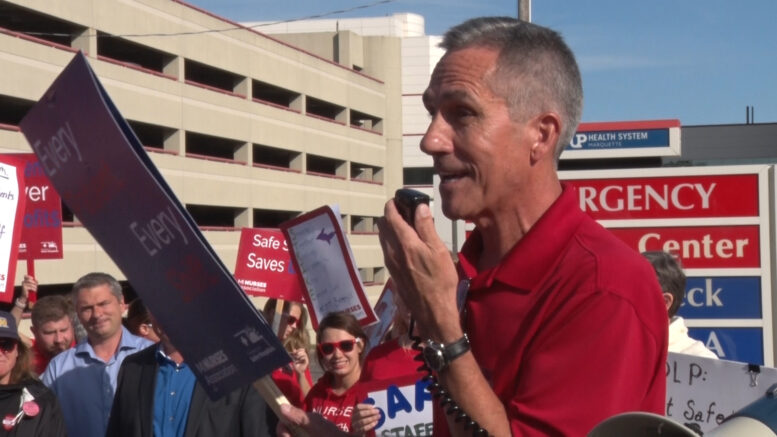 MARQUETTE — Support for the nurses continued this afternoon.

Michigan AFL CIO President Ron Bieber met with the nurses union outside of the hospital. Bieber is on a U.P. Tour meeting with local labor unions.

“I’m here to tell you this: we’re going to have your backs, just like you had mine. And it’s not about me, it’s about workers standing up for each other and having each other’s backs. Your fight is going to be our fight,” he said.

Bieber is also expected to attend a fundraiser tonight in Negaunee for Sara Cambensy.

Community ‘steps up,’ continues strike in honor of nurses

UPDATE: Lock-out at UPHS ‘not happening,’ nurses to return to work Tuesday