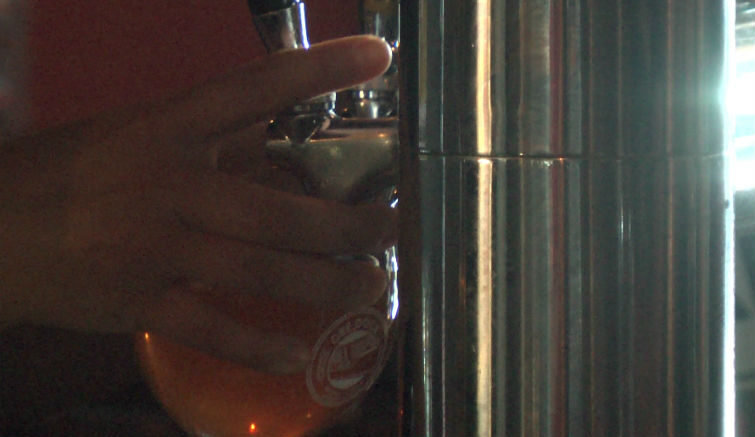 MARQUETTE — Coming up on its five year anniversary, a local brewery is reflecting on what has changed over the course of the last half decade. ABC Ten’s Chelsea Birdsall sat down with the owner of the Ore Dock for part one of this two part story.

“A lot of it comes down to our love for the community of Marquette and the U.P. in general,” said Andrea Pernsteiner. “But we also absolutely loved and were passionate about craft beer.”

Andrea Pernsteiner and her husband Wes moved to the U.P. 13 year ago, and eight years into that, the two started on a journey that led to the creation of one of Marquette’s booming breweries.

“We just fell in love with the area – the lake, the outdoor aspects, the hiking, the biking, and all of those things,” said Pernsteiner. “We just really wanted to create a space here in Marquette that brought people together to talk about the aspects of the community they loved and that’s where the community aspect was born.”

The Ore Dock Brewing Company officially opened for business in May of 2012 with the opening of the tap room. The community space followed close behind, debuting in September. While several things come to mind when you think of the Ore Dock, one of its indisputable claims to fame is the variety of beer offered, seven days a week. Pernsteiner says the assortment of beer is a collaborative effort not only between everyone involved in production and bottling, but the customers as well.

“We always try and have a conversation between customers and our bartenders and our brewers to really create styles that interest everybody,” Pernsteiner said.

With hundreds of recipes tried over the last five years, the brewers have recently started experimenting with an up and coming beer style called souring. The typical brew of, say an IPA or a porter, takes 2-3 weeks from brew to tap, but souring takes the beer through a secondary fermentation and is aged in barrels for six months plus so it takes on the characteristics of the oak barrel. Five year anniversaries are traditionally recognized with wood, which is fitting as the brewery is kicking-off their new souring technique and celebrating the anniversary with the release of a new beer, Wooden Man, on August 19 at noon. A beer dash, live music and the chance to dunk the brewers with all proceeds going to charity are among the other activities planned for the anniversary bash next Saturday.

“It’s hard to believe it’s been five years, but it also makes me want to continue to improve because I feel like as much as we try, we’ve never gotten to the point where we think there’s nothing else we can do,” said Pernsteiner. “That’s what keeps me engaged and keeps me excited about the business – all of the opportunities we haven’t searched out and haven’t tried yet. There’s a lot to look forward to. It’s been five years, but hopefully we have five wonderful years ahead of us.”

6th-annual Festival of the Angry Bear kicks off in Marquette

“The Scottish Play” comes to a local brewery