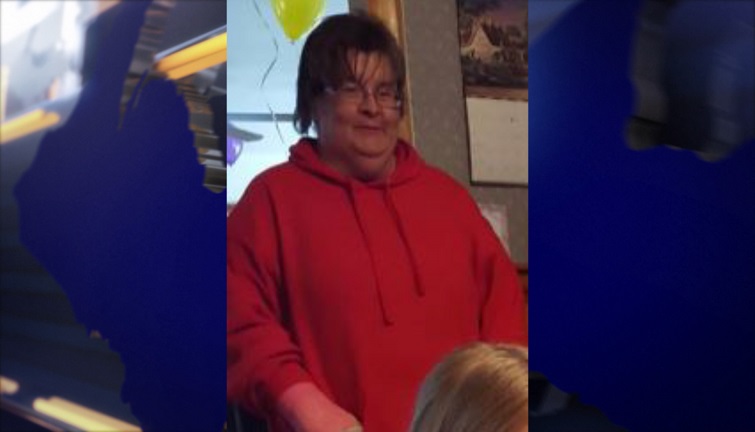 IRON MOUNTAIN — “Somebody out there knows about this case. We’re just asking them to do the right thing and come forward,” said Florence County Sheriff Jeff Rickaby.

It’s one of the first things you see on US-2 when driving into the north side of Iron Mountain. The sign reads: Missing Person: Help Find Nancy Renkas.

Tuesday marks the one-year anniversary of her disappearance. The 47-year-old Florence, Wisc. woman was last seen getting into a white SUV in the Super One Foods parking lot in Iron Mountain around 12:30 p.m. local time on July 18th, 2016.

The Nancy Renkas Task Force made up of law enforcement agencies from Michigan and Wisconsin is still actively investigating the case.

“We have some forensic evidence that can corroborate some of that. We’re hoping that people can help us out with a little bit of information here or there. It can be totally anonymous,” said Rickaby.

The task force has located the white SUV and talked to the driver, but other parts of the investigation are being withheld from the public from this time. And Rickaby says that’s by design.

“We’re obviously interested in the truth and that’s what we’re trying to find out here,” said Rickaby. “We have evidence that will support the factual story of what happened. We’re looking to move forward as best we can and we need some help from the public. There’s no question about it.”

Nancy has two sons- Joseph and Marvin, who have now been without there mom for a whole calendar year. Like the police, the Renkas boys just want to know what happened to their mom and where she’s at.

Nancy’s sons have hired a private investigator to look into their mom’s disappearance. And the Nancy Renkas Task Force will continue to investigate the case until she is found.

“We need just a few more pieces of information to make this into a solid case,” said Rickaby. “I don’t think we’re too far from it… let’s put it that way.”

If you have any information about the disappearance of Nancy Renkas, contact the Marinette County Crime Stoppers Tip Line at 1-800-427-5857. Any calls made to the tip line will stay completely anonymous, because the calls are scrubbed, eliminating the caller ID.

Nancy Renkas is 5’4″, 200 lbs. with short dark hair and glasses. She was last seen wearing blue jeans and a dark blue T-shirt.