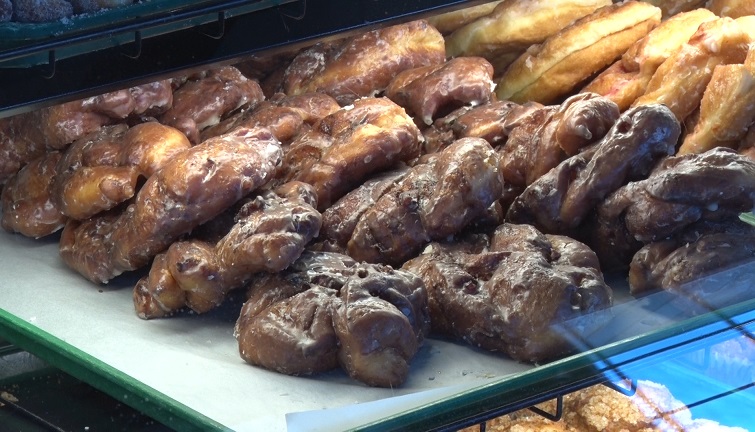 MARQUETTE — An Upper Peninsula bakery known for its breads, cakes and cupcakes has been named one of the best doughnut shops in the state.

Huron Mountain Bakery in Marquette was called one of the eleven best doughnut shops in the state by the website, Best Things Michigan. The website called Huron Mountain the city’s best place to go for a doughnut.

The bakery’s apple fritter was mentioned as one of the top doughnuts available.

“It’s absolutely wonderful to get recognized for what we do up here. We work very hard every day to create really awesome products,” said Rachel Freeman, production manager at Huron Mountain Bakery. “What we make the most of would be the Boston crèmes and the apple fritters. We probably make at least 100 of each kind per day.”

Huron Mountain was the only U.P. bakery named on the list. Sweetwater’s Donut Mill in Kalamazoo was the website’s top rated doughnut shop.