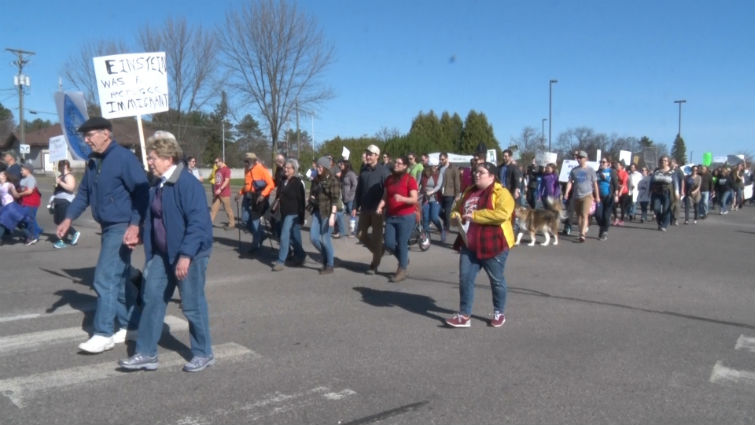 MARQUETTE– Saturday over 500 cities around the globe will be marching to bring awareness to our alleged changing climate.

Community members will be marching in solidarity with Washington D.C. on Washington Street in Marquette. Marchers are asked to meet at 9:45 a.m. at the Marquette Commons. The walk will be around 1.5 mile loop.

“September 2014 there was a national march in New York City, and we said wow that’s a great idea. I was working with a group of students then and they said lets go to the March, lets rent a bus, and we tried to figure out all the logistics. But we found that it would be easier and better for the environment to have a sister march,” Coordinator of Northern Climate Network Jessica Thompson said. “After the last march, after the election we got an email from the national organization, they said they wanted to do it on the 100 day of Trumps administration, to say this is an issue that’s really important to us.”

After the walk there will be 20 vendors and informational booth. The walk is put on by the Northern Climate Network. One third of the 330 member organization is made up of NMU students, the rest are community members, ranging from a 7 year-old girl to the elderly.