ESCANABA — The Delta County Prosecutor’s Office says no charges will be filed against Gladstone City Officials over alleged allegations by a former city council member.

In February, the prosecutor’s office began a joint investigation with the Michigan State Police into the alleged misuse of funds by the city’s Downtown Development Authority. The investigation revealed no evidence of criminal wrongdoing by any individual.

In a statement to the media, prosecutor Phil Strom said political disagreements with municipal priorities and appropriations are most effectively resolved by the democratic process. You can read the release from the prosecutor below. 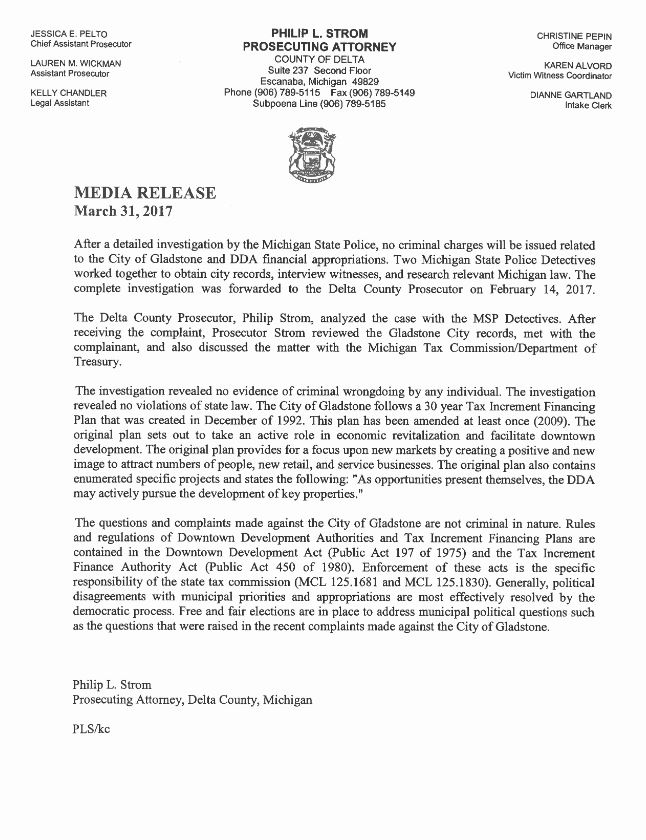