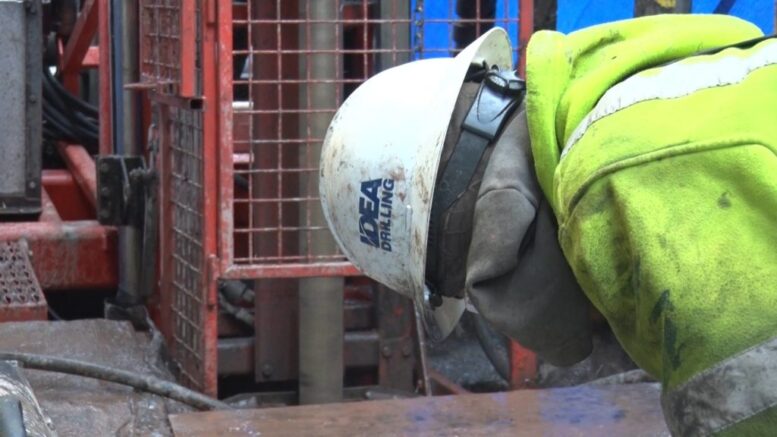 ONTONAGON — Back in 1945, the public purchased around 2,700 acres of land, now known as the Porcupine Mountains– our largest State Park.

But according to Michigan law, it isn’t all owned by the DNR. In this week’s #ABC10Feature, Lauren Lee has the story.

According to the Department of Environmental Quality, Michigan is the 12th producer of nonfuel minerals, including iron ore.
In Michigan surface rights also known as land rights are different than mineral rights.

According to the DEQ surface rights offer the land for residential, agricultural, recreational, commercial, or other purposes.

Ideally, the DNR would own the land and mineral rights, but back in the 1950s only the land rights in some areas of the Porcupine Mountains were up for sale.

Currently, the 1 by 1 square mile plot where exploratory copper drilling is taking place is by Michigan law, the mineral owner, Highland Copper’s right to drill.

Mineral rights owners have the power to excess those rights and dig on their property, as long as it doesn’t harm the surface land.

“Using a very small portion of the park in the far West area,” John Pepin said. “Places that people think of when they think of the Porcupine Mountains are like the Presque Isle River, Summit Peak, or Lake of the Clouds are not being impacted at all by this project.”

The DNR has granted a permit of use to Orvana Resources, a subsidiary of a Canadian mining company– Highland Copper. So, what does this mean?

The DNR is involved, as well as the DEQ in the drilling process.

Both organizations have worked with Highland Copper to make several provisions in order to minimize impact on the land.

“The drill bits are managed by two workers who drill nearly three meters into the soil each time, and it is only done while the ground is frozen in order to not damage the soil. But if we do get that warm weather expected this weekend it will be put to a hault.”

Secondly, this specific location has seen other projects before. Back in the 1950s logging was done in this part of the park, allowing Highland Copper to work on paths that have already been in place. The mining company plans to drill 12 holes, as well as create three new routes.

But according to Highland Copper due to the upcoming warm weather one route plan has already been canceled.
The DEQ is doing inspections of the sight.

According to Highland Copper, any damaged trees four inches in diameter and reaching four feet tall, also known as Merchantable Lumber, will be reimbursed to the State.

“People have been weighing in on the public from both sides of the issue, what you would consider to be the pro–mining public and also the anti–mining public,” Pepin said. “In this case we’re just trying very hard to explain what is actually happening on site. This is exploratory test drilling only it’s not mining.”

The project aims to be done by the second week in March, if the company wishes to mine in the Porcupine Mountains, it would need to go through a long process.

First, Highland Copper would have to do a Feasibility study. Figuring out if the amount and quality of copper, is worth the cost? Next they would need to present their plan to the DEQ, then public meetings would follow.

If the long process passed, Highland Copper would still need to access the park through tunnels and underground land, starting on the land they own right next to the section five plot.

Once again, mining legally cannot change the surface or layout of the State Park.

Spending a day with a DNR conservation officer

Protect moose on the loose