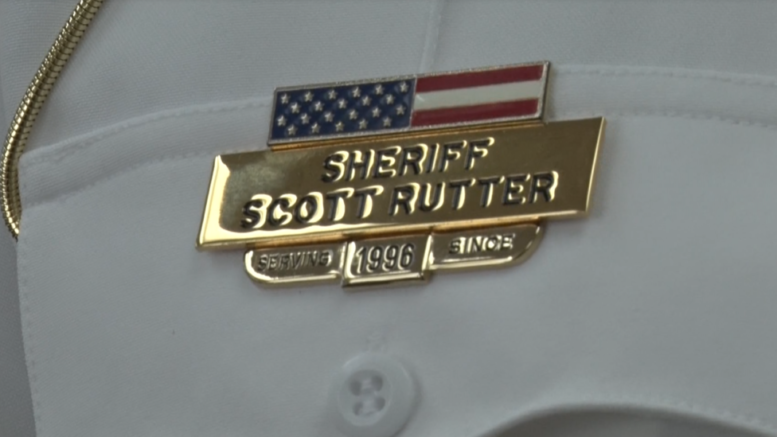 IRON MOUNTAIN — Dickinson County has had a new Sheriff for 18 days now and he already has some critical goals for the county’s future. ABC 10’s Melanie Palmer sat down with the new sheriff to hear about his plans for the upcoming years.

As of January 1st of this year, Dickinson County has a new Sheriff in town. Scott Rutter who was previously the Undersheriff for the county for eight years was elected to this honorary position. With over 20 years of law enforcement experience, Sheriff Rutter felt more than prepared to take the position of Sheriff for Dickinson County.

“Being the Undersheriff for 8 years definitely prepared me to step in to this role. I was down at Sheriff school for two weeks and a lot of the things they went over I was very familiar with. So I feel with that with that position of an Undersheriff, coming in here makes the transition so much easier,” said Dickinson County Sheriff, Scott Rutter.

Rutter has multiple goals, both short term and long term that he plans on executing in his next couple years as Sheriff.
One mission is to create a victim advocacy group with trained professionals to help these victims who may have had a traumatic experience occur in the past. With budget cuts the past couple years, ensuring everyone in the department has local training is something Rutter plans to work on.

A critical problem that Rutter plans to find solutions for is properly dealing with mental health.

“We just don’t have the resources for dealing with mental health and a lot of times they are ending up in our jail and they don’t belong in our jail, they belong in places with treatment but unfortunately, those spaces aren’t available. That has always been a big thing with me and working with the county board on that, there’s a county board member that is involved with it pretty well. So working on that and working with our local hospital to see if there are any solutions,” said Rutter.

Working with the county’s Undersheriff is expected to be a breeze. Rutter and the newly appointed Undersheriff have worked together for several years in the past. According to Rutter, the Undersheriff is an excellent problem solver and has a strong work ethic. Being Sheriff in Dickinson County is something that Rutter has always dreamed of.

“It’s been great, like I said, I love what I do. I’m beyond proud to be the Sheriff, not just for me but I’m proud to work for this county. It has been somewhat of a dream for quite some time now and I’m excited,” said Rutter.

Rutter is currently working on delegating more throughout the office rather than taking on everything himself. He wants the public to feel comfortable stopping in the office with any concerns or just popping in to say hello.

Career day at the V.A.