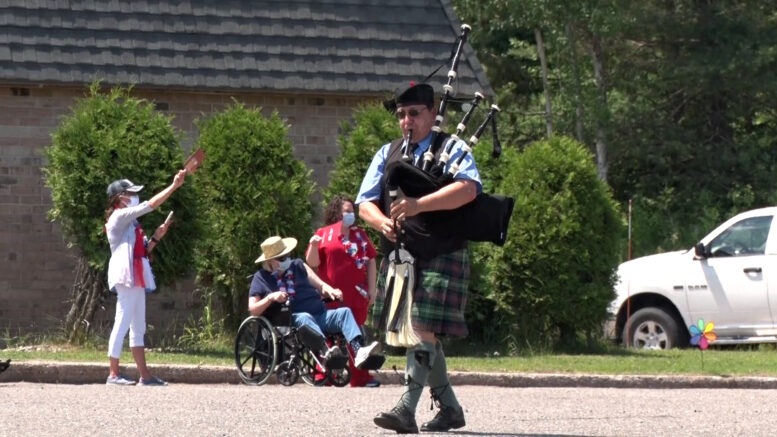 MARQUETTE — Norlite Nursing Center and the DJ Jacobetti Home for Veterans paired up to host a 4th of July parade for their residents and veterans on Wednesday, July 1st.

The parade consisted of numerous agencies from Marquette County, such as police officers, the fire department, The Coast Guard and more.

Music groups such as the Marquette City Band provided music in front of the veteran’s home, while Norlite’s music was courtesy of Pierre Ogea.

“Our residents have been quarantined from family and things since March,” said Amy Fraley, Activities Director for Norlite Nursing Center. “So it’s been very tough on them and as a facility. We’re trying to put COVID–19 behind us and move on into the future. Today is just one thing that my department here at Norlite can do to help boast our resident’s spirits. We have a great community of people standing behind them, and the response we got from every agency that we contacted has just been phenomenal.”

Fraley says that this was a great community outreach, and that she’s happy Norlite was able to collaborate with Jacobetti to put this event on for their residents and veterans.

A volunteer with over 9,000 hours for Veterans