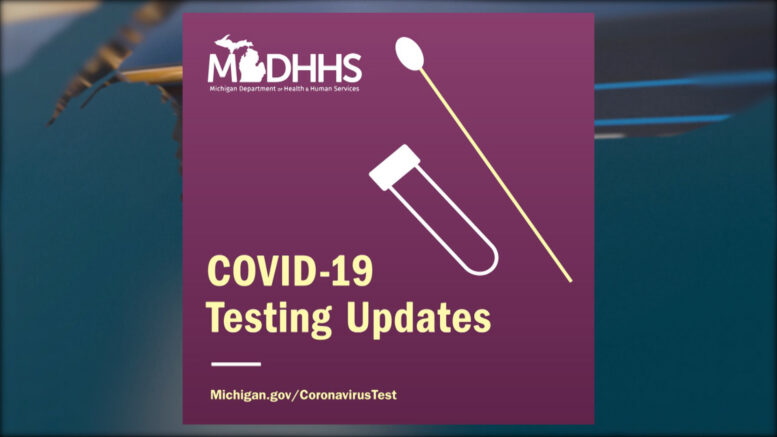 MICHIGAN — The Michigan Department of Health and Human Services recently announced a change to the way COVID–19 testing data is being reported.

The MDHHS is now separating the results of two different types of coronavirus testing. This separation is intended to result in more accurate and definitive information about the virus in the state.

“One is a diagnostic test that determines whether you’re positive for COVID–19 at the time you take the test,” explains MDHHS Public Information Officer Bob Wheaton. “The other is a serology test, also known as an antibody test, and that tells you whether you’ve ever had COVID–19. So what we’ve started doing is separating those two types of test out in our numbers so that the data is more precise and more accurate.”

According to the MDHHS, this change in reporting data has not made much of a difference in the overall percentage of positive results. So while more testing is available and reporting may be more accurate, that doesn’t mean the total number of cases will increase greatly.

“It was 14.2% when all the tests results were included together, and then once we pulled the serology test results out, the percentage for the diagnostic tests was 14.3%,” says Wheaton. “So it was pretty close to the same, but there have been a higher percentage of tests in recent weeks that have been the serology tests because those weren’t available early on. So we wanted to make sure that down the road that didn’t result in misleading numbers as far as the percent of positive tests.”

The number of tests being given has greatly increased over the last few months. Earlier in the pandemic, fewer than 5,000 tests were being administered per day. The MDHHS has recently exceeded their goal of 15,000 tests per day. Their goal over the next few weeks is to begin having 30,000 people tested each day.

You can find more information on how the data is being reported here.

The importance of supporting local businesses during the pandemic

Grant received to help juvenile delinquents and save taxpayers money