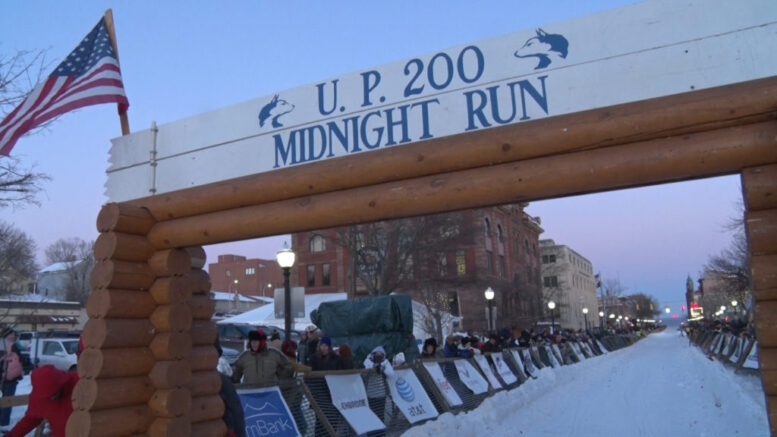 Hundreds of spectators lined up on Washington Street, despite the frigid temperatures, to kick off the UP 200 and Midnight Run dogsled races.

Although only 19 mushers participated, the event itself is a community ordeal.

“The sport itself is just so interesting to watch,” said Darlene Walch, President of the UPSDA. “And then you get downtown with all of this community out here, people having a good time, they’re wandering all over, enjoying meeting friends and seeing new people. It’s very much a community event.”

Since its inception in 1990, the dogsled races have become staples of the Upper Peninsula. So much so, in fact, that lawmakers in Lansing have taken notice.

“It’s a great event for the whole Upper Peninsula,” said State Senator Ed McBroom. “Marquette does a tremendous job putting this event on. So many volunteers, and you’re bringing in mushers from all over the country. It’s just a really exciting day, and something that we as legislators in Lansing are able to draw a lot of our colleagues and department heads up here because the bigness of this event.”

The racers began their journey on the UP 200 at 7 pm, and will travel 238 miles to Grand Marais and back.

30 minutes after the last musher for the UP 200 started, 8–dog sled teams embarked on the 82–mile Midnight Run.

Racers in the Midnight Run travel to Chatham, and finish at the Ojibwa Casino near Harvey.

UP 200 mushers gather for awards