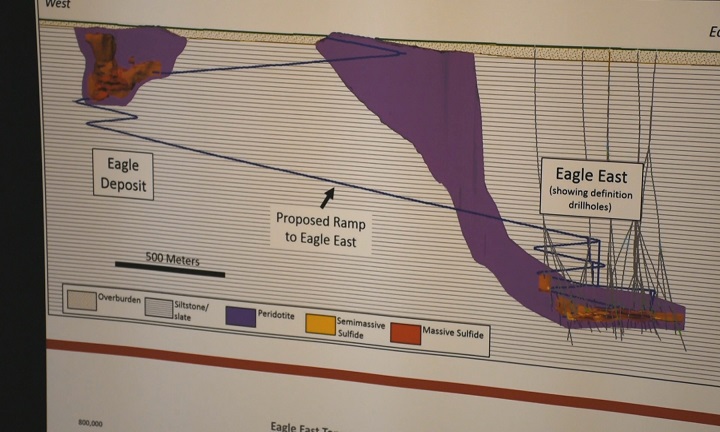 MARQUETTE COUNTY — Recently the Eagle Mine announced that its regional exploration program in southern Houghton and Baraga counties which will conclude over the coming days.

The program started over 2 years ago, first with aerial magnetic surveys of the areas. Those surveys helped identify potential targets for spots to drill. Then in 2019 Eagle Mine instituted the drilling program that has been going on for the last two months which is now coming to an end.

The regional exploration program ended up being successful in 2016 with the new ore body known as Eagle East which is very close to Eagle Mine.

“Eagle Mine has had a continuous exploration program since 2013,” explained Matt Johnson, External Relations Manager for Eagle Mine. “That exploration program moved its focus from near mine exploration, near the Eagle Mine site, to the regional exploration program. However prior to switching up our strategy we were quite successful at finding a new ore body called Eagle East. That ore body was discovered in 2016; it adds value to the company, extends jobs here at Eagle Mine and benefits the economy of the Upper Peninsula.”

Eagle Mine continues to focus its efforts on the development of the Eagle East ore body that was discovered in 2016, which is on schedule to commence production this fall. Underground definition drilling of Eagle East is continuing with the aim of discovering additional mineralization to potentially extend Eagle Mine’s operational life beyond 2023.