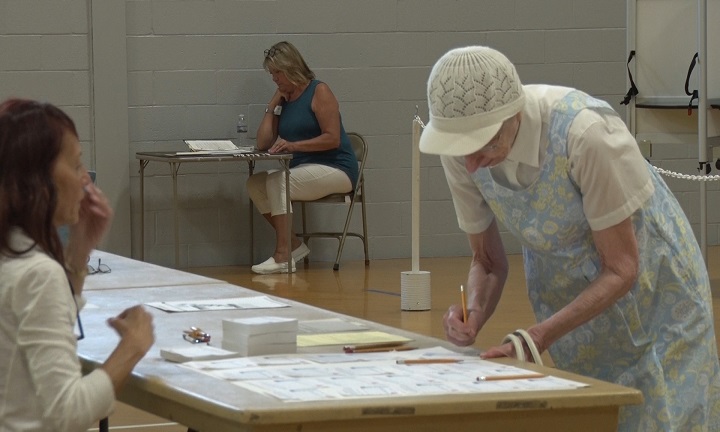 MARQUETTE — In the morning on August 6th, 2019, the polls for the August elections in Marquette and around the Upper Peninsula opened up at 7 am.

Voters are able to register to vote for the day of the election due to proposal 3 passing in November 2018’s election. For voters that registered on election day they simply had to bring a proof of residency to their local clerk’s office.
The ballot only has 2 items on it, which one of the items included two seats for city commission. The small amount of items did resort in expected low voter attendance, but election inspectors and volunteers did see an increase in absentee ballots coming.

“Well honestly this is the 5th or 6th election that I have worked in and this is also the slowest one,” explained Lantz Whitfield, Election Inspector. “There is not a lot of things on the ballot. Normally at 7 o’clock, when the polls open, we have a line of people waiting, but this morning there was no one. So I would say overall, the voter turnout is down. Although the absentee turnout is actually up. I think that it used to be that you find more seniors doing absentee ballots. Now they are more available for other people that it is just becoming more prevalent than it used to be.”

The three locations for voting precincts in Marquette are the Baraga Gym, Municipal Service Center and the YMCA. The time to vote ends at 8 o’clock in the evening of August 6th.