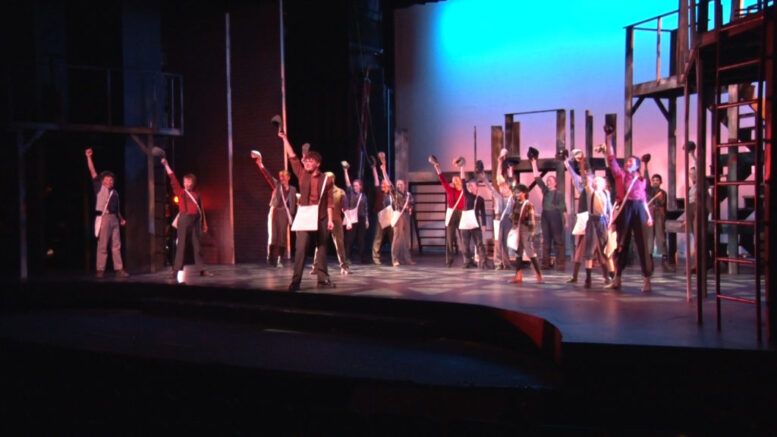 Newsies is based off a true story located in New York City, where a group of newsboys go on strike about the rising price of newspapers that they have to sell.

They SAYT cast is composed of actors all under 18-years-old.

“It takes lots of physical work, as in there’s so much dancing and choreography you’re just exhausted by the end of the show” said one of the lead Newsies, Race Track Higgins. “It’s really long and there’s lot of aspects to it that make it kind-of exhausting, but really fun.”

The show begins Thursday, March 7th at 7 p.m. at the Forest Roberts Theatre on NMU’s campus.

It will run until Sunday, March 10th.

Show times and tickets can be found online, click here.