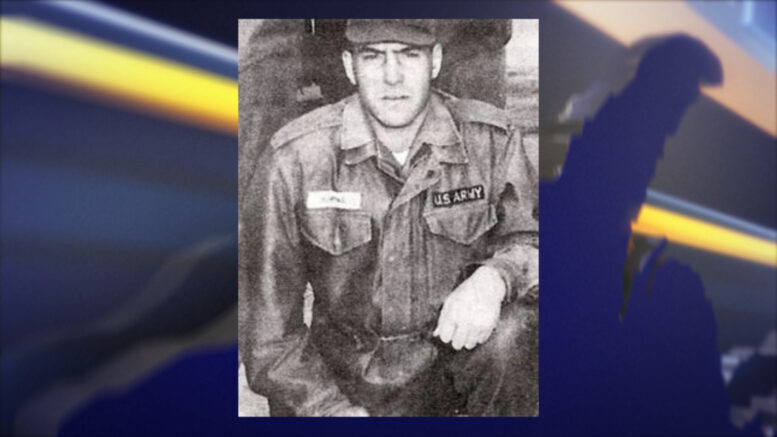 WASHINGTON D.C. — On Friday, October 12, The Defense POW/MIA Accounting Agency (DPAA) announced that the remains of a U.S. serviceman, accounted for from the Vietnam War, are being returned to his family for burial with full military honors.

His remains were accounted for on February 1, 2018.

On July 13, 1966, Kipina was assigned to the 131st  Aviation Company, serving as an observer aboard an OV-1C aircraft, on a night surveillance mission from Phu Bai Airfield over Attapu Province, Laos People’s Democratic Republic (L.P.D.R.).

Visibility was poor due to heavy thunderstorms.

Radar and radio contact were lost with the aircraft, which was not uncommon due to the mountainous terrain in that part of Laos.

When the aircraft did not return as scheduled, search efforts were initiated, but no crash site was found.

During the 1990s and 2000s, joint U.S./L.P.D.R. teams investigated the incident and recommended a potential crash site in Attapu Province, L.P.D.R. for excavation.

Nopp was identified concurrently with Kipina.

DPAA is grateful to the government and people of Laos for their assistance in accounting for Kipina.

Today there are 1,594 American servicemen and civilians that are still unaccounted for from the Vietnam War.

Kipina’s name is recorded on the Courts of the Missing at the National Memorial Cemetery of the Pacific in Honolulu, along with others unaccounted-for from the Vietnam War.

A rosette will be placed next to his name to indicate he has been accounted for.

For additional information on the Defense Department’s mission to account for Americans who went missing while serving our country, visit the DPAA website here, call at (703) 699-1420/1169 or find them on social media here.