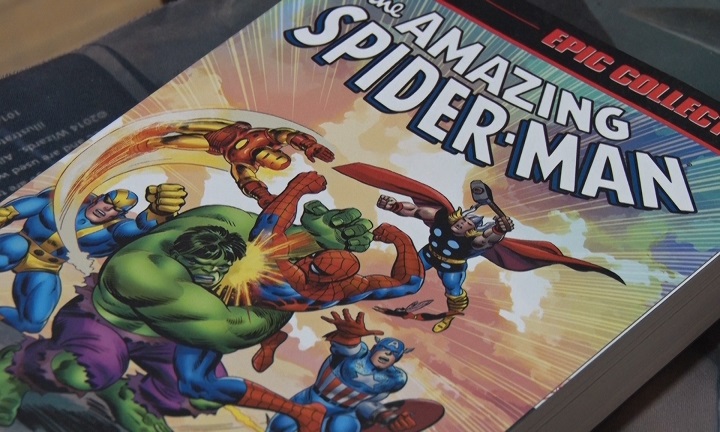 MARQUETTE — If you are a fan of super heroes, villains, and maybe even zombies, you might like to know its National Comic book day.
Each of these topics can be found in comics…

It’s National Comic Book Day so we stopped by the local game and comic shop known as, Taiga Games in Marquette, to check out some of the latest comics. The popularity of comics has been going on since it was first recorded back in early 1800s.
They started to gain a lot of popularity though during the 1930s to the 1940s. This time period was known as the golden age of comics due to the great depression and war times.

This time period allowed people to escape into a world where fictional heroes became icons for many. It also started a big rivalry between DC comic heroes such as Super Man and Marvel Heroes known as Captain Marvel.

But why are comic important in this day and age John?

“So comics give a good way to get kids into reading,” said Taiga Games Manager, John Stock. “Especially with a lot of the modern technology wanting people to watch TV and all of that… It is also a good branching medium for reading and having images with really strong storytelling that you can get really invested into, on top of the fact that kids can also see their heroes.”

So what are the popular brands that are out on the market to look into if you are new to the comic book world?

“DC is the most popular comic book brands, which is then followed by Image and then Marvel,” said Taigas Manager. “Then a bunch of third party brands like Dark horse and Aftershock under that.”

So with DC and Marvel being competitors with both having different types of heroes and villains what are some of the popular comics in those brands?

“DC’s most popular is still Batman and currently also Doomsday Clock with them has been extremely popular,” said Taiga Manager. “Which is a crossover story between, the DC universe and the Watchmen universe, for people who remember that.”

“In Marvel, Spiderman has been doing really good,” added Taiga Manager. “They also just restarted Venom and got him a new story for people who are looking forward to the new movie.”

So it’s safe to say that we can thank comics for a lot of great stories and movies that come out of the comics.